A Conversation with the Author of ‘Ganga’, Sudipta Sen

The Ganga enjoys a special place in the hearts of millions. In his new book, Ganga: The Many Pasts of a River, historian Sudipta Sen tells the fascinating story of the world’s third-largest river from prehistoric times to the present.

We had a conversation with him about the book. Take a look!

What is your history with the River Ganga? Why did you choose to write a book on the river?

I grew up in Calcutta. The section of the Ganga that runs by the city and meets the Bay of Bengal across the expansive muddy flats of the Diamond Harbor is called the Hugli and also the Bhagirathi. I traveled with my parents to the pilgrim towns of Haridwar and Rishikesh by the Ganga in the Garhwal Himalayas as a child in the early 1960s and had the great fortune of experiencing their contemplative quiet and their natural setting. These journeys left a deep impression on my mind for years to come.

I revisited the history of the Ganga and its delta during the period of the expansion of British rule in India spearheaded by East India Company, when I was studying for my PhD at the University of Chicago. My revised doctoral thesis, published as Empire of Free Trade: The English East India Company and the Making of the Colonial Marketplace, was about the conflict over markets and marketplaces between the Company and indigenous regimes. Researching the history of bazaars and ganjs and various sites of worship and pilgrimages along the river in northern and eastern India, I delved into old travel accounts in Persian, Urdu, Hindi and Bengali that brought to life for me the antiquity, vibrancy and wonderful complexity of Indian economic and cultural practices of the greater Ganga Valley. When Yale University Press approached me for the first time, almost fourteen years ago, with a request to write a history of the Ganga, I could not turn down the offer.

What was the research process for the book? How long did it take to write?

When I agreed to write this book, I had not fully realized how daunting and difficult the undertaking was going to be. First of all I had to get back to my old Sanskrit grammars and dictionaries and start rereading the stories of the descent of the river across all the major Hindu Puranas. It also dawned on me very quickly that I had not seen many parts of the river that I was writing about, which is why I had to trek to places like Gaumukh and Tapovan in the Himalayas, or the low-lying mangrove-rich flats of the Sunderbans, and travel by land and boat in various places along the river between Allahabad (now Prayagraj) and Banaras, Patna and Bhagalpur, Rajmahal and Kolkata. It was my good fortune to have my friend and cousin, the eminent cardiologist and wildlife photographer Dr. Debal Sen with me on some of these journeys, and many of his wonderful photographs appear in my book.

I thought that I would be able to write this book in the space of five or six years. It has actually taken me more than twelve years! You can say that at times it felt like I was drowning (forgive the pun) in the Ganga project. Now that the book has seen the light of day, I hope that my wanderings, research and writing over these long years have led to something of value. I pray that I might be leaving something behind for my students and younger people, the next generation perhaps, who have not had the same joy and thrill of having seen the Ganga in her full and glorious majesty – before the advent of dams and barrages, or the contamination of cities and factories. The holy river could once be seen cascading down the mountains through places like Gangotri or Rishikesh, or meandering through northern Indian plains after a monsoon flecked with migratory swans and overgrown with tall prairie grass at the onset of autumn. It is for them to rediscover the rich and diverse history of this sacred body of water, the record of one of the most important riparian ecologies on this planet, and the wonderful mosaic of cultures that it has been able to sustain over the centuries.

Can you tell us about some of the things you are hoping to achieve from the publication of this book?

I want to remind my readers how the history and ecology of the river have at times been almost taken for granted over the last five decades since India’s independence, amounting to a historic neglect of the environment and ecology that has sustained and been sustained by this great river. I want our younger enthusiasts of Indian history and nature to find out, on their own terms, why and how the Ganga has remained such a sacred and venerated body of water, and how her historical memory is strewn across such a diverse array of faiths and traditions in the Indian subcontinent. One of the recent reviews of my book states that it is “an obituary” of the Ganga. I do not believe so. If there is a genuine groundswell of concern and outrage, I am convinced that we can at least stem the tide of contamination and overuse. The depletion of the Himalayan snowpack and siltation are more intractable problems, but here too, I believe the new generation can make a difference. I will consider myself blessed if this book can make even a small difference.

Are we to see another book by you soon? Have you thought of the subject for this?

I am always writing more than one book at a time. I have been working for almost two decades now on another book tentatively titled Law and the Imperial Order: Crime and Punishment in Early British India that shows how criminal law and punishment in India was reshaped during the rise of the East India Company’s rule, resulting in the proclamation of the Indian Penal Code in 1862. It is mostly focused on the late eighteenth and early nineteenth centuries, especially on the work of the first Supreme Court of Judicature in Calcutta. It looks at early methods of trial, sentencing and forms of penalty including incarceration, use of convict labour, deportation and executions. Much of this work is based on lesser known accounts of law and history in Persian, archival records in Calcutta and London, along with thousands of pages of a diary left by one of the earliest judges of the Calcutta Supreme Court, Justice John Hyde.

I am also preparing to write a shorter book of popular history on the meteoric rise and dramatic fall of Nawab Mir Qasim placed on the throne of Bengal as the second puppet by the British. Prior to this, after the Battle of Plassey in 1757, Robert Clive had installed his father-in-law Mir Jafar on the throne of Bengal. It is the story of how Qasim turned out to be much more ambitious and independent-minded than what the British had bargained for. Unlike other puppets he was a soldier of fortune who tried to adapt to the changing political times during this tumultuous period of European overseas expansion and the frantic duel for territorial supremacy between France and England in the wake of the Seven Years War.

What were some of the challenges that you faced while writing this book?

The sheer weight of the secondary scholarship and primary research required for a two-thousand-plus year history of the third-largest river in the world has occupied a significant portion of my life and labour for more than a decade. Some of the most demanding work went into deciphering and translating primary sources in various languages such as Sanskrit, Prakrit and Persian. Travel to high-altitude sites and pilgrimages such as Tapovan and Gaumukh was also a challenge for a first-time trekker such as me, as was learning the rudiments of handling a digital SLR camera for the first time. I am immensely grateful, nevertheless, for the fact that writing this book has taken me out of the archives and libraries, away from my desk and the classroom, on to the railroads, roadways and dusty trails along the Ganga, for some of the most memorable journeys through the mountains, plains and the last remaining wildernesses of northern India.

Seamlessly weaving together geography, ecology and religious history, this lavishly illustrated volume paints a remarkable portrait of India’s most sacred and beloved river. 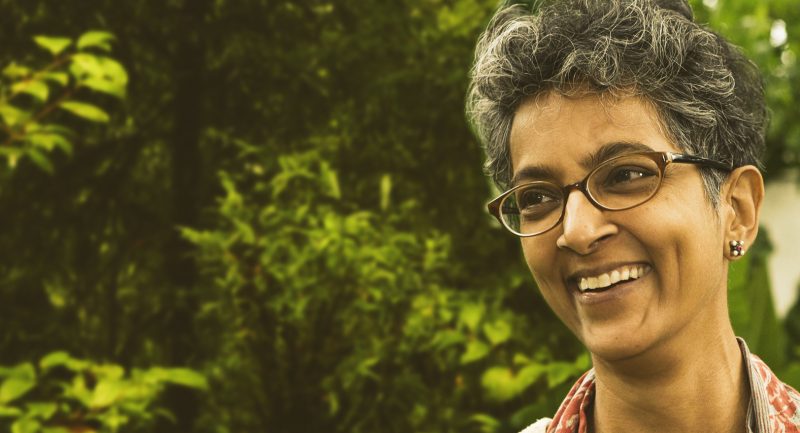 In conversation with the author of Reversing Diabetes in 21 Days, Dr Nandita Shah 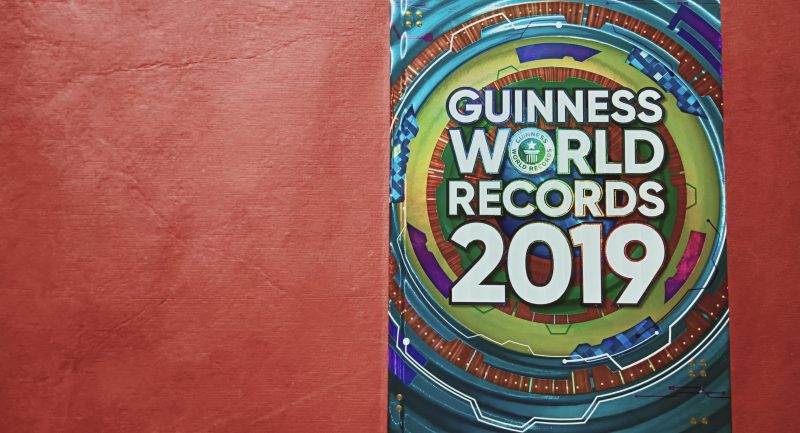 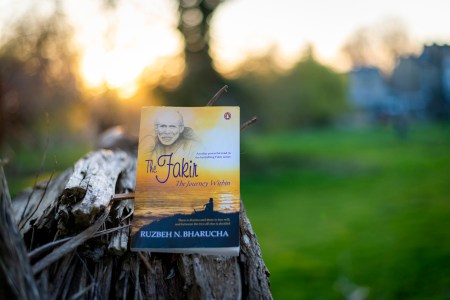 Meet One of the Most Influential Spiritual Writers Of Our Times