Christopher Paolini’s love of fantasy and the natural beauty that surrounds his home in Montana inspired him to begin writing the Inheritance Cycle at fifteen. He became a number one bestselling author at nineteen and spent the next decade immersed in the world of Alagaësia.

Here is an interview with him, where he talks about his new book, The Fork, The Witch and The Worm.

Q: Bring us back to Alagaësia. How did you create such a fantastical world? If you had to describe it in five words, what would they be?

A: The world of Alagaësia came about as my attempt to pay tribute to all the wonderful fantasy novels that I loved growing up. That and trying to answer, as honestly as possible, all the questions that arose when I first imagined a young man finding a dragon egg. The five words I’d choose are: epic, personal, transformative, draconic, and numinous. Also curious, because—like Eragon himself—I am filled with an inexhaustible font of questions.

Q: How did the idea for The Fork, the Witch, and the Worm originate? What was your inspiration? Was there a particular event, circumstance, or something else that spurred it?

A: This was an unplanned book. A bit over two years ago, I saw a rather bad movie, and discussing the failings of the plot with my sister led to me write “The Worm of Kulkaras.” I was pleased with “Worm,” but by itself, it was too short to publish. It sat on my computer, alone and abandoned, until the summer of 2018. At that point, I got an urge to write a story about Murtagh. The inspiration came from a tweet I’d written to a fan who was curious about what Murtagh was up to. I made a rather offhand comment about him wielding a magic fork . . . and for whatever reason, the image wouldn’t leave my mind. Thus “A Fork in the Road” was born. I sent both that and “Worm” to my publisher. Meanwhile, my sister, Angela, proposed writing a vignette from the point of view of the character Angela the herbalist (whom I based on her). And hey, presto! Before I knew it, we had an actual book-sized object, which I must say, I’m quite proud of. The framing material for the three stories came from my own desire to see what sorts of problems Eragon has been dealing with since the end of the Inheritance Cycle.

Q: What kind of research went into writing The Fork, the Witch, and the Worm?

A: One of the benefits of writing about the world of Eragon—a world that I spent over a decade building—is that I don’t need to do much research. I already know how the magic works. The history of the different races. The likes, needs, and flaws of the main characters. Years and years of work have burned those things so deeply into my brain that I doubt I could ever forget them.

Q: What was the greatest challenge you faced in writing this book?

A: Finding a way to tie together three different stories (four, if one counts the framing material with Eragon) into a cohesive whole. It was a new experience for me, and I enjoyed it. Also, this was the first time my sister and I have officially collaborated on an Alagaësia-related project. It was a learning experience for both of us!

Q: Do you relate to any of the characters in The Fork, the Witch, and the Worm? How and why?

A: All of my characters are a part of me, even the evil ones. Eragon, of course, is near and dear to my heart, but in this new book, I think I most empathize with the Urgal Ilgra and the challenges she faces. She has to confront the death of a parent and, in her own way, come to terms with it. Without going into spoilers, the emotional journey Ilgra experiences is something I relate to quite closely.

Q: Can you share your favorite scene from the book? Is it the scene that was the most fun for you to write, or is that different?

A: It’s hard to choose! Writing about Murtagh and a magic fork was delightful. The moment when Angela the herbalist opens a door that wasn’t there sent chills down my spine. (Good going, sis!) But for me, I’d say it’s when Ilgra finally confronts the great dragon Vêrmund the Grim and has to make a decision as to how she’s going to live the rest of her life (however long that might be).

Q: In addition to writing the story, you’ve also done the artwork inside the book. Can you tell us about the art and your process?

A: All four pieces were done with pencil. I’m a big fan of the Staedtler Mars Lumograph series, specifically the 7B and 8B, which are a mixture of graphite and lampblack (allowing for wonderfully dark, non-reflective shadows). For each piece, I tried to think of an object and/or image that could sum up the core of the following story. I’m proud of them all, but my favorite is probably the Urgal horn I drew for “The Worm of Kulkaras.” Since I don’t have any Urgal horns lying around, I ended up sculpting a model from clay in order to give myself some useful reference material.

Q: Is there any particular theme that you continue to come back to in your writing? And is there anything other than format that is new or different about this book?

A: In all my stories, I find myself returning to the idea of personal transformation (both physical and mental), as well as confrontation with those things we can’t change: life, death, mistakes, achievements, the cruel and unwavering arrow of time. A story that culminates with a character becoming in order to overcome adversity is a story I’ll always enjoy. As for The Fork, the Witch, and the Worm, it differs from the Inheritance Cycle in that its characters are older and the problems they are dealing with are of a different sort now (although they still involve dragons and magic and the occasional monster). My old obsessions are still on view, but at the same time, I’ve branched out into a few new areas that, I hope, readers will enjoy.

Q: We know this is volume 1. . . . Is there anything you can tell us about what we can look forward to next?

A: Heh. Right now I’m working hard on finishing up a massive sci-fi novel I’ve been focused on for a few years. After that, there are a whole host of stories I would like to write, including volume 2 of Tales from Alagaësia. In it, readers can expect some very new, very exciting stories, including—I hope—one about a dwarf detective and one about the fate of Oromis’s sword.

Q: What was it like to go back to writing about the world of Alagaësia, considering it has been seven years since the release of the last book in the series?

A: I’d always imagined returning to Alagaësia with a full-sized novel. However, doing it this way made for a wonderful experience. Getting to dip into the heads of some of the characters from the Inheritance Cycle—as well as a few new ones—was a real treat for me. Writing about Eragon and Saphira after so many years was like returning home after a long journey.

Q: What is the appeal of writing fantasy/sci-fi books? Would you ever write a book in another genre?

A: I certainly will write books in other genres! A good story is a good story, no matter what the setting or subject material. In fact, I’ve already tried my hand at short stories set in the real world: some drama, some horror, and some speculative fiction. Hopefully, they’ll get to see the light of day at some point.

Q: If you could spend a week in the world of any sci-fi movie, TV show, or book, what world would top your list?

A: That’s a difficult question since most sci-fi worlds aren’t that friendly to the ordinary person. Given that, I think I’d have to choose the world of Star Trek, since the Federation seems to do a decent job of protecting its citizens. (Plus, it would be fun to play around in the holodeck.)

Q: Let’s say that tomorrow Earth has to be evacuated. What are three things you’d make sure you didn’t leave without (aside from friends and family)?

A: My computer, loaded with as much information—including books and movies—as possible. A knife. A pen and paper (I know that’s two, but let’s count them as one). With those things, one could rebuild all of civilization.

Q: Who has been the greatest influence in encouraging you to write and become a published author?

A: Definitely my family. They’ve always been there for me with encouragement, editing, and general advice. Even now, they’re my first readers—and more than that, my friends.

Q: Any words of wisdom or advice to aspiring writers?

A: Mainly, don’t give up! There are plenty of skilled writers who never get published because—for whatever reason—they don’t follow through on either the writing or the publishing side of things. Read, write, study the language you’re writing in, plot your stories out beforehand, find others to edit your work, write about the things you love the most, put words on the page every single day . . . and above all else, don’t give up! We all fail. Everyone makes mistakes. That’s the nature of reality. If you can accept that and say, “Yes, I’m going to write things that are not so good. I’m going to mess up. That’s okay. That’s part of the process,” then you have become unstoppable. It’s far too easy to get discouraged when you hit a stumbling block. So don’t get discouraged. Don’t feel as if you’re a bad person because something you wrote doesn’t work. Who cares? Even the best writers produce bad sentences/pages/chapters/books. It happens. But it doesn’t mean you’re bad.So take a deep breath, stand up tall, square your shoulders, and go forth and be awesome!

Relish the incomparable imagination of Christopher Paolini in this thrilling new collection of stories based in the world of the Inheritance Cycle. 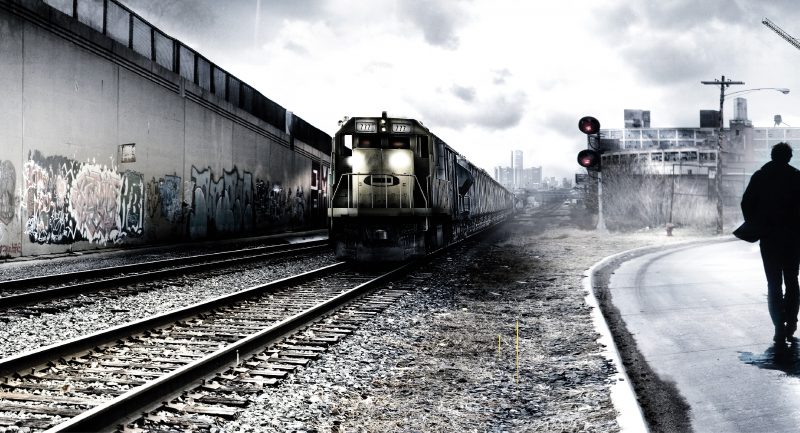 5 Reasons You Should Be Reading Jo Nesbo 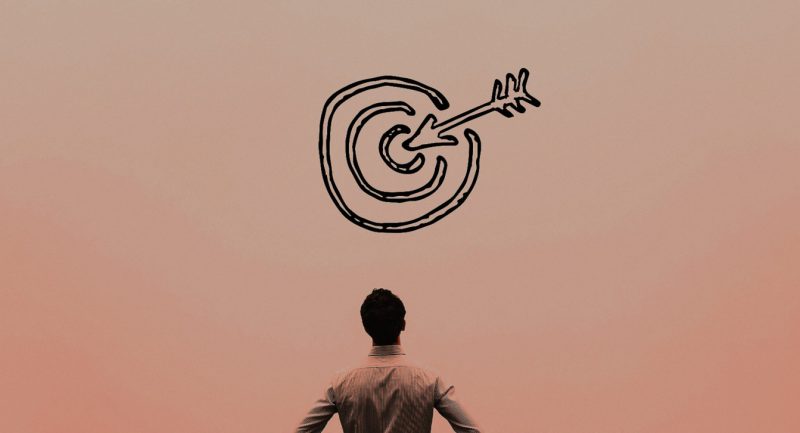 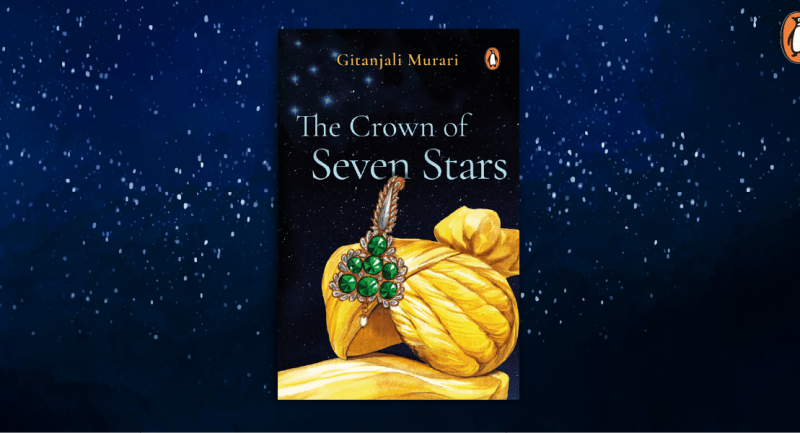