Arefa Tehsin on Her Journey with The Globetrotters

Arefa Tehsin has spent much of her childhood treading the jungles of Aravali with her naturalist father. Having authored several fiction and non-fiction books, she has come out with an exciting fictional work for young readers, The Globetrotters. The book records the journey of Hudhud, a naughty kid who is horrible to everyone including innocent creatures. Until his strange new history teacher decides to set him straight with a curse. Hudhud now has to roam the vast earth with and as the greatest migratory animals. His goal is to find the answer to all wrongs…

Here Arefa Tehsin talks about her process writing this book. She further talks about getting into the psyche of animals and their daily life:

There is one question that I have been asked a few times by the readers, or those who don’t read but just know that I write about animals. “Arre, how do you get into the psyche of animals?” One even went on to ask, “You have animal dreams, no? If I saw so many snake pictures in a day, I would have nightmares!” I nod politely and try to get into the psyche of the person asking the question before I form my answer. The fact is, I love animals. And I don’t mean cats and dogs who hog the limelight as soon as animals are mentioned to humans. I mean the wild variety — lumbering monitor lizards, ever-grinning crocodiles, badass hornets, swashbuckling parakeets, clamorous frogs, silent snakes…you get the drift.

Before I can move on to other animals, eyebrows cock up at the S word. “Snakes…you love snakes?” Time to let out another small giggle while they look at me as if I have lost all my nuts. Yes, I have a particular soft spot for these slithering reptiles with flickering tongues and a wicked image. In fact, I suffer from the whim of catching them on sight, or at least chasing them to have a closer look before my husband Aditya or someone else, who thinks I am sorely tempting fate, can pull me back. I would rather hold snakes than the so-called cuddly squirrels who get into my house and chew my wooden blinds every three weeks! So you see, I do not have to try hard to get into the head of these animals. They are kind of in my head already. For me, animals and jungles, and not the plain old humans in their four-walled homes, hold an unrivalled mystique.

When I grew up, my naturalist father would take me into the forests and inside the cages of leopards and bears and crocodiles and pythons, so that I lose fear of the wild, which I did to a great extent. I began loving the jungles and their denizens more than the cities with their teeming multitudes and heaps of garbage, which unlike the wastes in the forests, never got recycled. Jungles were not just clean and green places of peace and quiet but of high octane action too, happening even in an ant mound, if only one had the patience to pause and look.

And then, I was fed bedtime stories invented by my father every night. I possessed this inherent dastardly genes of a story-spinner. I would in turn feed my unsuspecting school friends and cousins with tales of fantastical creatures living in my garden and my pencil box. I was ever so serious about the worlds I invented that I took the plight of the creatures in them to my heart. I’d tell Saadat, my cousin, about Jack – the alien – who lived in the roots of a banyan tree as a beetle, trying to find a way to go back home. We started gathering money by selling old bottles to help him with his spaceship. I wonder if Saadat, who is a pilot and flies transatlantic flights now, has visions of Jack’s spaceship up there sometimes. Mine was not a case of having an imaginary friend. It was a case of giving all my friends imaginary friends. In being non-existent, they became all the more enchanting.

When I started writing, it had to be about wilderness that was so essential for my well-being. Most of the times when I heard people getting agitated about mistreatment of animals, it was for the domestic, tamed varieties — horses, dogs, cats and cows. They were at least not facing extinction! I wanted to talk about those who were out of sight, out of mind, and out of discourse — the animals and trees and wild spaces that are disappearing like morning mist with the dawn of human ‘development.’ Those were the ones suffering irrevocable harm to their kind. Those were the ones I wanted to talk about. My father had always said that it is not facts or preaching or lessons that will connect one to nature, it is stories. Stories, like music, have the power to move, to change. I armed myself with stories, even if they were the non-fiction kind, and began unleashing them.

About getting into the psyche of a character, I had once, long back, wondered about how this happened when I read Leo Tolstoy’s Anna Karenina. How could a man slip into the heart and soul of a woman so utterly? It was like skin-changing! When I started writing, I realised I could be a skin-changer too. But I have no testifier to confirm how good or bad I am, unless you want to go to a black widow, read out my story and take her opinion if her life and feelings have been rightly depicted.

There is always a lot of reading involved when you are going to write about an animal in its true living space, which can be the deep ocean or the freezing tundra — the wild spaces that you have never seen before. One has to read about their behaviour, habits, likes, dislikes, neighbours, homes and the threats they face. Once that is done, it is rather effortless to slip into the mind of a hungry leatherback turtle swimming the deep ocean trying to find a delicious jelly of a fish to eat or a young porcupine reindeer travelling across the Arctic, having a rollicking good time. It is even easier to slip into the imaginary world of an ancient guardian witch who protects the world of legends or being an Agogwe, a little rainforest dwarf who wraps his long beard around him in a cloth like fashion.

Truth be told, I have never thought how I get into the psyche of a character — animal, human or sub-human. It is not like doing sorcery through words or going to a mind-gym to exercise your imagination. It just happens when I sit down to write and plunge into a story. Living in different worlds is not my escape from reality. It is my reality.

An author had said, “In the end, only the stories survive.” I only hope, so will the wild animals. 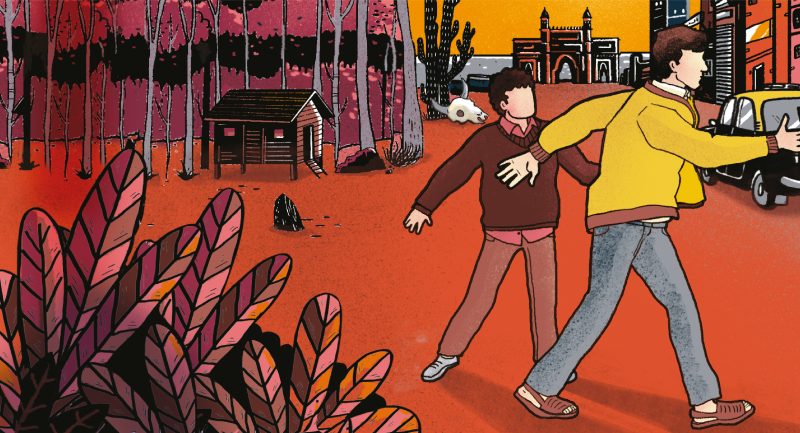 Meet Feluda and Other Characters from Satyajit Ray's 'Feluda Omnibus' 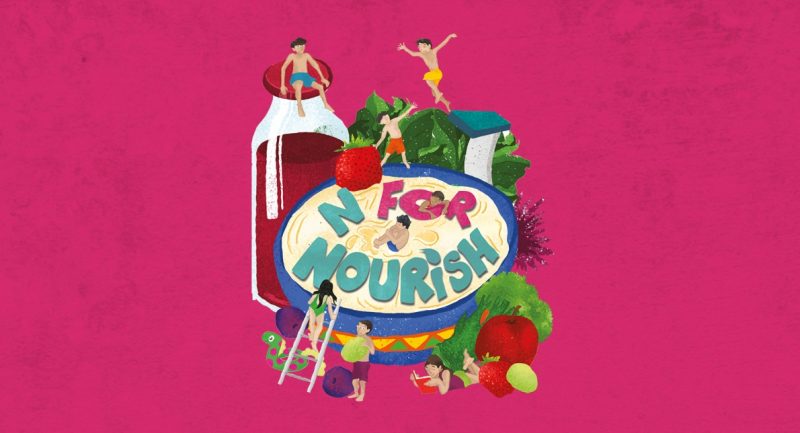 Fun, Food and Fitness- 6 Reasons Why you Should Read ‘N for Nourish’