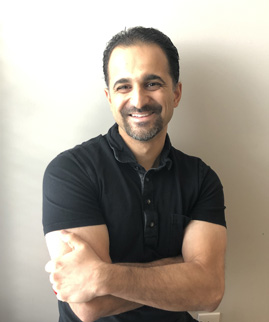 AMIT MAJMUDAR is a diagnostic nuclear radiologist who lives in Westerville, Ohio, with his wife and three children. He is the author of three volumes of poetry, most recently Dothead. His first collection, 0°, 0°, was a finalist for the Poetry Society of America's Norma Farber First Book Award; his second, Heaven and Earth, was selected for the 2011 Donald Justice Prize. His work has appeared in the New York Times, New Yorker, Best of the Best American Poetry and many other publications, including the eleventh edition of The Norton Introduction to Literature. He blogs for the Kenyon Review and is also a critically acclaimed novelist. His next novel, Soar, is forthcoming from Penguin Random House India in 2019.