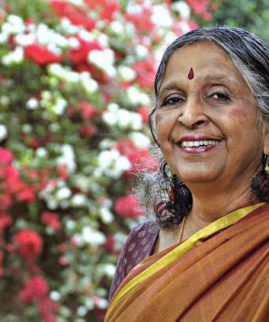 "Gita Aravamudan is a journalist and writer who lives in Bangalore. She has previously authored two books on gender issues: Voices in My Blood and Disappearing Daughters: The Tragedy of Female Foeticide. Unbound is her third book on the same topic. She has also written a novel, The Healing. As a journalist she has worked with the Hindustan Times, New Delhi and the Indian Express, Bangalore. She has also freelanced for a number of publications and run popular gender columns in the Times of India, the Hindu and other dailies."