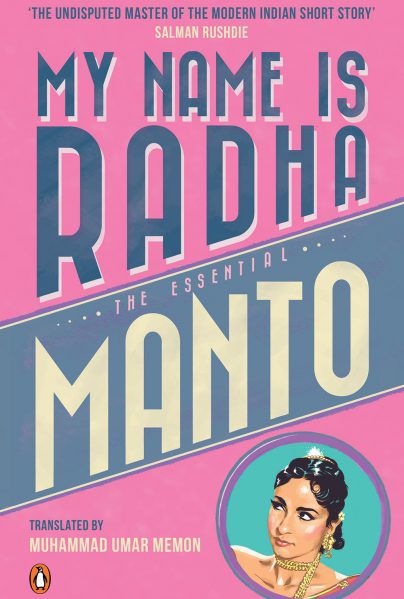 "The prevalent trend of classifying Manto’s work into a) stories of Partition and b) stories of prostitutes forcibly enlists the writer to perform a dramatic dressing-down of society. But neither Partition nor prostitution gave birth to the genius of Saadat Hasan Manto. They only furnished him with an occasion to reveal the truth of the human condition. My Name Is Radha is a path-breaking selection of stories which delves deep into Manto’s creative world. In this singular collection, the focus rests on Manto the writer. It does not draft him into being Manto the commentator. Muhammad Umar Memon’s inspired choice of Manto’s best-known stories, along with those less talked about, and his precise and elegant translation showcase an astonishing writer being true to his calling."

SAADAT HASAN MANTO is the most widely read and controversial short story writer in Urdu. A pre-eminent practitioner of the genre, he produced twenty-two collections
of short stories.