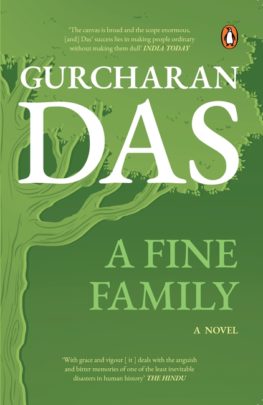 This majestic novel by the author of India Unbound is the extraordinary chronicle, rich in passion and incident, of a Punjabi family that is uprooted from its settled existence in Lyallpur by the violence of Partition and forced to flee to India. Everything is lost in the transition, but when a son is born into the family, hopes revive of rebuilding the family's fortunes, the efforts towards which mirror those of India itself as it struggles to build itself anew. 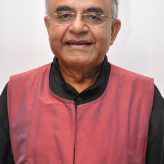 Das, Gurcharan
Gurcharan Das is a well-known author, commentator and public intellectual. He is the author of the much acclaimed Difficulty of Being Good and the international bestseller India Unbound, which has been translated into many languages and filmed by the BBC. His other works include a book of essays, The Elephant Paradigm; and an anthology, Three Plays, consisting of Larins Sahib, Mira and 9 Jakhoo Hill. Gurcharan Das writes a regular column for a number of Indian newspapers including the Times of India and occasional guest columns for Newsweek, Wall Street Journal and Foreign Affairs. Gurcharan Das graduated from Harvard University and was CEO of Procter & Gamble India before he took early retirement to become a full-time writer. He lives in Delhi.
View Profile
More by the author
View More
Discover your next book
View More