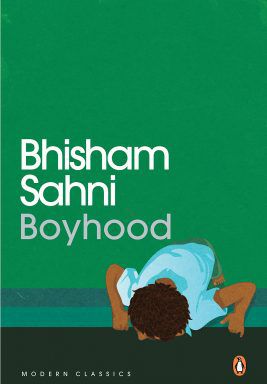 In a bustling town in Punjab before the Partition, a sickly but restless child longs to play with the neighbourhood youngsters. He is constantly thwarted by his mother's anxious need to coddle him at home. When not being punished for using foul language, he is fighting with his siblings or being teased by the servant. As time passes and his curiosity of the wider world deepens, he discovers that his father is not invincible, that his long-held derision of girls vanishes with the first bloom of sexual longing and that the playground battles of old are no match for life's cruelties.
Boyhood is a haunting portrait of the inescapable agonies and unfathomable desires of childhood by one of Hindi literature's most towering luminaries. 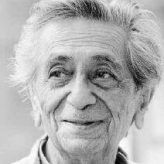 Born in Rawalpindi, Sahni later went to college in Lahore. In his youth he became involved with the Indian People's Theatre Association as well as the Indian National Congress. After Partition, he settled down in Delhi and began to teach at Delhi University. From 1957-63, he moved to the USSR to work as a translator at the Foreign Languages Publishing House, before returning to Delhi. He edited the literary journal, Nayi Kahaniyan, from 1965-67, and was the general secretary of the All-India Progressive Writers' Association from 1975-85. Sahni was awarded the Padma Bhushan in 1998, and the Shalaka Award, the Delhi government's highest literary prize, in 1999.

DAISY ROCKWELL is an artist and writer living in northern New England. She paints under the takhallus, or alias, Lapata (Urdu for 'missing'), and has shown her artwork widely. Rockwell holds a PhD in Hindi literature and has taught Hindi-Urdu and South Asian literature at a number of American universities. Apart from her essays on literature and art, she has written Upendranath Ashk: A Critical Biography, The Little Book of Terror-a book of paintings and essays on the global war on terror-and the novel Taste. She has translated a collection of Ashk's short stories, Hats and Doctors, and Falling Walls (both published in Penguin Classics), a widely acclaimed translation of Girti Divarein, the first volume of Ashk's epic novel cycle. Her translation of Bhisham Sahni's iconic Partition novel Tamas is regarded as the definitive English rendition of that work.