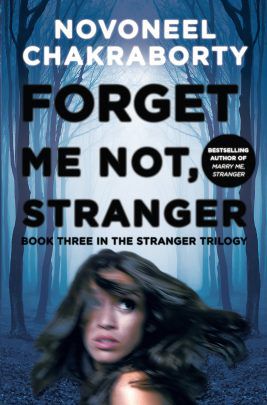 Forget Me Not, Stranger

I'm Rivanah Bannerjee, 23/F/Mumbai. Some of you might already know how my life is on a razor edge. Those of you who don't, just know this: I may be killed soon . . . by the Stranger. I don't know who or what he is: a ghost, a person or a figment of my imagination? All I know is he isn't just one thing: he is sexy and scary, terrific and terrifying. What I don't understand is why a young, harmless girl like me, who works in a big city, stays away from her parents and has a screwed-up love life, would be of any interest to him. Unless there is something about my own story that I do not know . . . In the hotly anticipated final instalment of the Stranger trilogy, Rivanah will learn the answers to her many questions-What is it that binds her to the dead Hiya? Who is the Stranger? Why has he been following her all this while?-leading to an intense, breathtaking climax 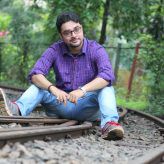 Novoneel Chakraborty is the bestselling author of fourteen bestselling thriller novels and one short story collection titled Cheaters. His novel, Forget Me Not, Stranger, debuted as the No. 1 bestseller across India. While All Yours, Stranger ranked in the top five thriller novels on Amazon, India-the only one to feature amid other international bestsellers. His novel Black Suits You was in top five thrillers category on Amazon for fifteen weeks. While his Forever series was in the bestseller list for ten weeks straight after its release with Forever Is a Lie featuring in the highest selling books on Flipkart for 2017. Forever Is True made it to Amazon's Memorable Books of 2017 and Times of India's Most Stunning Books of 2017.

Known for his twists, dark plots and strong female protagonists, Novoneel Chakraborty is also called the Sidney Sheldon of India by his readers. His immensely popular thriller series, The Stranger Trilogy, has been translated into six Indian languages and has been adapted into a popular web series, titled Hello Mini, on MX Player produced by Applause Entertainment and Rose Movies. His erotic thriller novel, Black Suits You, has been adapted into the blockbuster hit Bekaaboo, while his exclusive digital novella, Red Suits You, is also being adapted into a web series by Alt Balaji. His short story collection, Cheaters, is now available in Hindi as well. Apart from novels, Novoneel has written and developed several TV and web shows for premiere channels and platforms. He lives and works in Mumbai.