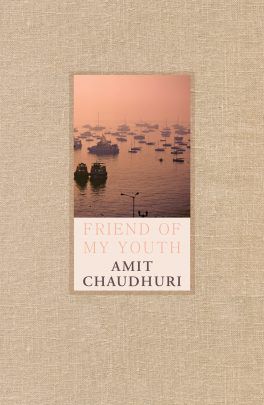 Friend of My Youth

"A writer arrives in Bombay on a book-related visit, and finds himself in search of the city he grew up in and barely knows, a city shaken to its core not long ago by the 2008 terrorist strikes—even as he takes for granted his errant local friend, Ramu. A six-foot-tall Kannadiga and one-time junkie who cannot reconcile himself to modern-day adult life, Ramu is an unlikely hero, Bombay incarnate; the writer is his mirrored counterpart in an extraordinary narrative about this city by the sea. Friend of My Youth is at once an unexpected exploration and a concentrated reminiscence woven around a series of visits to a city that was never really home; a commentary on the power of memory and the stubborn interference of childhood with adult life; a paean to the transformative power of friendship by one of our greatest living writers. "

Amit Chaudhuri
Amit Chaudhuri is a novelist, essayist,poet and musician. A Fellow of the Royal Society of Literature, he lives in Kolkata and the United Kingdom, where he is professor of contemporary literature at University of East Anglia. He has written seven novels, of which Friend of My Youth is the latest. Among Chaudhuri's other works are three books of essays, the most recent of which is The Origins of Dislike; a study of D.H. Lawrence's poetry; a book of short stories, Real Time; awork of non-fiction, Calcutta: Two Years in the City; and a volume of poetry. He has made several recordings of Indian classical and experimental music. He has received many awards for his fiction and criticism, including the Commonwealth Writers' Prize, the Los Angeles Times Book Prize for Fiction, the Sahitya Akademi Award and the inaugural Infosys Prize for the Humanities.
View Profile
More by the author
View More
Discover your next book
View More