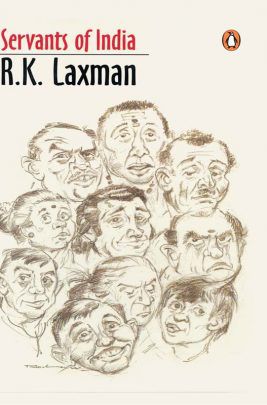 In Servants of India, R.K. Laxman profiles ten hilariously idiosyncratic people, who are among the countless men and women who run the lives of the middle class in India. The tales are put together by Ganesh, a freelance journalist trying to write a feature article on servants he has known. As his chronicle progresses, what emerges is a richly embellished narrative starring unforgettable characters. There is Swami, the cook, who finds his true vocation as a godman; Kumar, who deserts his household duties to pursue his tinsel-town dreams; Anthony, the driver, who makes money on the side by giving lifts to strangers; the maid Shanti, whose lift is thrown into turmoil by the neighbour's servant who is besotted with her; and Ramaswami, a trusted retainer who reappears mysteriously, much to the consternation of his employer, long after he has been presumed drowned. Marked by Laxman's trademark wit, and including pencil sketches drawn especially for this edition, Servants of India is a delightful read. 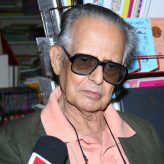 R K Laxman
Rasipuram Krishnaswamy Laxman was born on 24 October 1921 in Mysore. He began cartooning for the Free Press Journal, a newspaper in Bombay, in 1947, soon after he graduated from the University of Mysore. Six months later he joined the Times of India as staff cartoonist, where he enjoyed a prolific career over fifty years. R.K. Laxman wrote and published numerous short stories, essays and travel articles, some of which have been collected in the book The Distorted Mirror. Penguin has published the three works of fiction authored by Laxman—The Hotel Riviera, The Messenger and Servants of India—as well as several collections of his cartoons in the series The Best of Laxman and Laugh with Laxman. R.K. Laxman won numerous awards for his cartoons, including Asia’s top journalism award, the Ramon Magsaysay Award, in 1984. The University of Marathwada and the University of Delhi conferred honorary Doctor of Literature degrees on him. In 2005, the Government of India honoured him with the Padma Vibhushan. R.K. Laxman passed away in Pune on 26 January 2015. He was ninety-three.
View Profile
More by the author
Discover your next book
View More