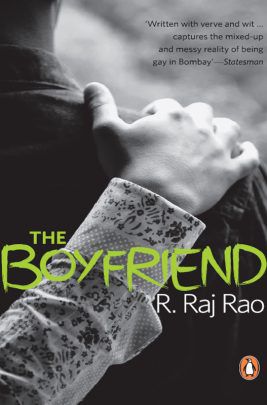 One Saturday morning in late 1992, Yudi, a forty something gay journalist, picks up a nineteen-year-old Dalit boy in the Churchgate loo. After hurried sex, he gets rid of the boy, afraid that he may be a hustler. There is nothing to set this brief encounter apart from numerous others, and Yudi returns to his bachelor's flat and sex with strangers. Months pass. But when riots break out in Mumbai, Yudi finds himself worrying about the boy from Churchgate station. He is in love. Chance brings the two together again, and this time they spend a week as a married couple in Yudi's flat, take a holiday, and meet for beer every Friday, till the boy, Milind Mahadik, disappears (he has been hired by a modelling-cum-call-boy agency owned by the Bollywood star Ajay Kapur, a closet bisexual). Desolate, Yudi finds solace in the company of the middle-aged painter Gauri, a highly-strung woman madly in love with him, whose advances he has consistently rejected. When Milind resurfaces, it is only to marry a girl chosen by his parents, for he has had it with Yudi and his kind. Yudi is heartbroken. But all is not lost: in straitened circumstances after marriage, Milind pays his gentleman friend a visit and stays the night. Henceforth, mutual need - Yudi's for love and Milind's for money - will keep bringing them together. In the final analysis, as Yudi tells Gauri - now the mistress of an ageing businessman - everything works out, and 'life is beautiful'. In his first novel, R. Raj Rao brings us a tragi-comic love story from the jumbled up heart of Mumbai.

R Raj Rao
R. Raj Rao was born in Bombay and now lives in Pune where he is professor in the Department of English, University of Pune. Two of his books, BomGay and The Boyfriend (the latter published by Penguin India, and translated into French and Italian), are regarded as cult classics. His other books include One Day I Locked My Flat in Soul City (short stories), Slide Show (poems), The Wisest Fool on Earth and Other Plays, Nissim Ezekiel: The Authorized Biography, Ten Indian Writers in Interview (edited), Image of India in the Indian Novel in English (co-edited), Whistling in The Dark: Twenty-One Queer Interviews (co-edited). Rao is a pioneering Indian academic who runs a course on queer literature in his department.
View Profile
Discover your next book
View More