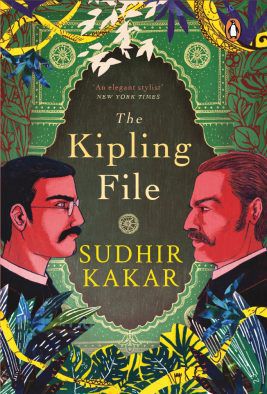 In the cultural hub of 1880s' Lahore Kay Robinson has taken over as editor of the Civil and Military Gazette. Assisting him is the young and impressionable Rudyard Kipling, a lonely, impulsive man who dreams of becoming a writer. Kipling's literary pursuits have been dismissed as fanciful and foolish by his previous boss. But Robinson is different. He encourages the young 'Ruddy', allowing him greater creative freedom at the Gazette. As he becomes Ruddy's friend and confidant, Robinson gains access to intimate glimpses of the Kipling family, where he is smitten by Ruddy's sister Trix.

Narrated by Robinson, The Kipling File is a moving story of doomed friendship and difficult love recounted against the powerful backdrop of Anglo-Indian life in a Punjab that has begun to stir with anti-colonial sentiment. Through his eyes unfold the turmoils that shaped the author of beloved classics like The Jungle Book and Kim.

In Sudhir Kakar's luminous prose, Kipling emerges as a man of compelling contradictions-a mercurial genius whose immense talent was in pitched battle with his inner demons. Sudhir Kakar
Sudhir Kakar is a distinguished psychoanalyst and writer. His critically acclaimed novels The Ascetic of Desire, Ecstasy, Mira and the Mahatma, The Crimson Throne and The Devil Take Love, published by Penguin in India, have been translated into several languages around the world. He is the recipient of numerous honours and awards, the most recent being the Order of Merit of THE Federal Republic of Germany in 2012. In 2005, the French weekly Le Nouvel Observateur profiled Sudhir Kakar as one of the twenty-five most important thinkers of the world.
View Profile
More by the author
View More
Discover your next book
View More