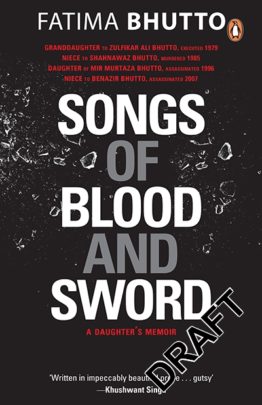 Songs Of Blood And Sword

In September 1996 a fourteen-year-old Fatima Bhutto hid in a windowless dressing room shielding her baby brother while shots rang out in the streets outside the family home in Karachi. This was the evening that her father, Murtaza, was murdered along with six of his associates. In December 2007 Benazir Bhutto, Fatima's aunt, and the woman she had publicly accused of ordering her father's murder, was assassinated in Rawalpindi. It was the latest in a long line of tragedies for one of the world's best known political dynasties. Songs of Blood and Sword tells the story of the Bhuttos, a family of rich feudal landlords who became powerbrokers in the newly created state of Pakistan; the epic tale of four generations of a family and the political violence that would destroy them. It is the history of a family and nation riven by murder, corruption, conspiracy and division, written by one who has lived it, in the heart of the storm, The history of this extraordinary family mirrors the tumultuous events of Pakistan itself, and the quest to find the truth behind her father's murder has led Fatima to the heart of her country's volatile political establishment. Finally Songs of Blood and Sword is about a daughter's love for her father and her search to uncover, and to understand, the truth of his life and death. 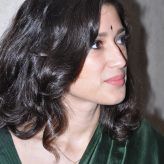 Fatima Bhutto
Fatima Bhutto was born in Kabul, Afghanistan and grew up between Syria and Pakistan. She is the author of six books of fiction and nonfiction. Her debut novel, The Shadow of the Crescent Moon, was long listed for the Bailey's Women's Prize for Fiction and the memoir about her father's life and assassination, Songs of Blood and Sword, was published to acclaim. Her most recent novel, The Runaways, was long listed for the DSC Prize for South Asian Literature. New Kings of the World, a non-fiction look at global pop culture, is her most recent book. Follow her on Twitter and Instagram at @fbhutto.
View Profile
More by the author
Discover your next book
View More