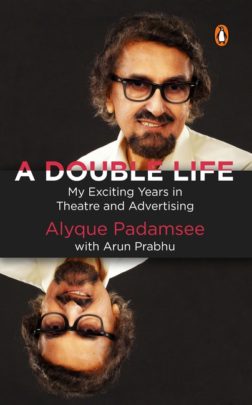 My Exciting Years in Theatre and Advertising

Bubbling with indefatigable energy, Alyque Padamsee was a unique genius who had mastered both theatre and advertising. Famous for playing Mohammad Ali Jinnah in Richard Attenborough's film Gandhi, he also created several iconic advertisement campaigns on Indian television.
A Double Life takes you on a memorable, sometimes hilarious, trip spanning nearly all the years of Padamsee's brilliant career. It also offers you a chance to go backstage with the man dubbed 'God', as he unfolds thrilling scenes from his high-voltage life. With acute human insights that illuminate the book like flashes of lightning, Padamsee reveals the hidden stories behind the provocative ads for megabrands like Liril and Kama Sutra, and behind blockbuster productions like Evita and Jesus Christ Superstar. 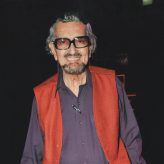 Alyque Padamsee
Alyque Padamsee (1931-2018) was director of the Theatre Group of Bombay and chief executive of Lintas India. Considered the guru of English theatre in India, he had over seventy-six major productions to his name, including Broken Images, Evita and Jesus Christ Superstar. Informally known as 'God' in advertising circles, he successfully launched and built over a hundred brands.
Padamsee was communications adviser to Chandrababu Naidu, the former chief minister of Andhra Pradesh, where he supervized the presentation to the US President Bill Clinton and to the British Prime Minister Tony Blair. He was given the Lifetime Achievement Award for Theatre by the Sangeet Natak Akademi and was a recipient of the Padma Shri. He is the only Indian to have been voted into the International Clio Hall of Fame, the Oscars of world advertising.

Arun Prabhu
A few days after this book was originally published in January 1999, Arun Prabhu left his home city of Bombay and migrated to the United Kingdom. Having spent five years in the Indian advertising industry, Arun shifted gears and joined an innovation consultancy in London, helping to create, build and develop leading brands around the world.
A multi-award winning, serial innovator, Arun has since led the development and launch of new products, brands and categories in more than ten separate markets. He loves connecting with people personally and professionally. And his quest to absorb a range of cultures has resulted in him visiting more than sixty countries (at last count) and being resident in four, across three continents.
Arun currently lives in Aarhus, Denmark where he is a 'doodhwalla', at Arla Foods, one of the world's leading dairy companies, based out of their global headquarters. While his professional life is filled with brand marketing and innovation challenges, he makes time to occasionally return to his first love of writing.
You can reach him through popular social media channels where he often uses the handle @runiboy