Why I Supported The Emergency

The Emergency Has Become A Synonym For Obscenity. Even Men And Women Who Were Pillars Of Emergency Rule And Misused Their Positions To Harass Innocent People Against Whom They Had Personal Grudges Try To Distance Themselves From Their Past In The Hope That It Will Fade Out Of Public Memory Forever. We Must Not Allow Them To Get Away With It,&Rsquo Says Khushwant Singh, While Fearlessly Stating His Own Reasons For Championing The Emergency. This Bold And Thought-Provoking Collection Includes Essays On Indira Gandhi&RsquoS Government, The Nanavati Commission&RsquoS Report On The 1984 Riots And The Riots Themselves, As Well As Captivating Pieces On The Art Of Kissing And The Importance Of Bathing. Alongside These Are Portraits Of Historical Figures Such As Bahadur Shah Zafar, General Dyer, Ghalib And Maharaja Ranjit Singh As Well As Candid Profiles Of The Famous Personalities He Has Known Over The Years, Revealing Intimate Details About Their Lives And Characters. From His Reflections On Amrita Sher-Gil&RsquoS Alleged Promiscuity To The Experience Of Watching A Pornographic Film With A Stoic R.K. Narayan, This Is Khushwant Singh At His Controversial And Iconoclastic Best. Selected And Edited By Sheela Reddy, Why I Supported The Emergency: Essays And Profiles Covers Three Quarters Of A Century. Straight From The Heart, This Is Unadulterated Khushwant Singh. 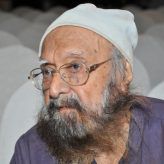 Khushwant Singh is India's best-known writer and columnist. He
has been founder-editor of Yojana and editor of the Illustrated
Weekly of India, the National Herald and the Hindustan Times. He is
the author of classics such as Train to Pakistan, I Shall Not Hear the
Nightingale and Delhi. His latest novel, The Sunset Club, written
when he was 95, was published by Penguin Books in 2010. His
non-fiction includes the classic two-volume A History of the Sikhs, a
number of translations and works on Sikh religion and culture,
Delhi, nature, current affairs and Urdu poetry. His autobiography,
Truth, Love and a Little Malice, was published by Penguin Books in
2002.
Khushwant Singh was a member of Parliament from 1980 to
1986. He was awarded the Padma Bhushan in 1974 but returned
the decoration in 1984 in protest against the storming of the
Golden Temple in Amritsar by the Indian Army. In 2007, he was
awarded the Padma Vibhushan.
Among the other awards he has received are the Punjab Ratan,
the Sulabh International award for the most honest Indian of the
year, and honorary doctorates from several universities. He passed
away in 2014 at the age of 99.