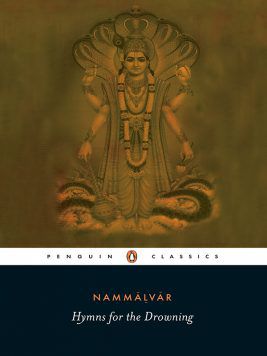 Hymns For The Drowning

The poems in this book are some of the earliest about Visnu, one of the Hindu Trinity, also known as Tirumal, the Dark One. Tradition recognizes twelve alvars, saint-poets devoted to Visnu, who lived between the sixth and ninth century in the Tamil-speaking region of south India. These devotees of Visnu and their counterparts, the devotees of Siva (nayanmar), changed and revitalized Hinduism and their devotional hymns addressed to Visnu are among the earliest bhakti (devotional) texts in any Indian language. In this selection from Nammalvar's works, the translations like the originals reflect the alternations of philosophic hymns and love poems, through recurring voices, roles and places. They also enact a progression'from wonder at the Lord's works, to the experience of loving him and watching others love him, to moods of questioning and despair and finally to the experience of being devoured and possessed by him.

Nammalvar
Nammalvar (Author)
Nammalvar was a ninth-century mystic poet, a Vishnu devotee, who descended from a long line of Vaishnavas. He is considered the greatest of the alvar poet-saints of the Tamil Srivaisnava tradition.

Archana Venkatesan (Translator)
Archana Venkatesan is associate professor of religious studies and comparative literature at the University of California, Davis. She has received numerous grants, including fellowships from the Guggenheim Foundation, the National Endowment for the Arts, National Endowment for the Humanities, American Institute of Indian Studies and Fulbright. She is the author of The Secret Garland: Antal's Tiruppavai and Nacciyar Tirumoli and translator of Nammalvar's Tiruviruttam, as A Hundred Measures of Time. You can find her at archana.faculty.ucdavis.edu