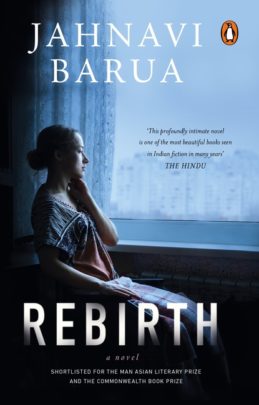 Rebirth is the story of Kaberi, a young woman coming to grips with an uncertain marriage. It is also an intimate portrait of the passionate bond between a mother and her unborn child. Moving between Bengaluru and Guwahati, the novel weaves together Kaberi's inner and outer worlds as she negotiates the treacherous waters of betrayal and loss-an unfaithful husband, a troubled relationship with her parents and the death of a childhood friend. With characteristic restraint and disarming honesty, Jahnavi Barua lays bare the disquieting predicaments of contemporary urban life and reveals the timeless and redemptive power of love, friendship and self-renewal. 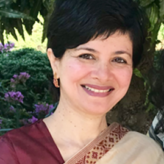 Jahnavi Barua
Jahnavi Barua is a writer based in Bengaluru. Her first book, Next Door, a collection of short fiction, was published by Penguin India in 2008 to wide critical acclaim. The second, a novel, Rebirth, was published in 2010 and shortlisted for the Man Asian Literary Prize and the Commonwealth Book Prize. Undertow, published in 2020, is her third book. She was awarded the Charles Wallace Trust Fellowship for Creative Writing in 2006. Her books are on the syllabi of many universities and her short fiction has been widely anthologized.
View Profile
More by the author
Discover your next book
View More