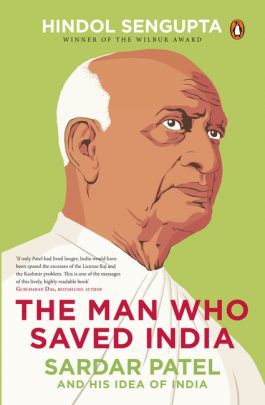 The Man Who Saved India

There is perhaps no political figure in modern history who did more to secure and protect the Indian nation than Sardar Vallabhbhai Patel. But, ironically, seventy years after Patel brought together piece by piece the map of India by fusing the princely states with British India to create a new democratic, independent nation, little is understood or appreciated about Patel's enormous contribution to the making of India. Caricatured in political debate, all the nuances of Patel's difficult life and the daring choices he made are often lost, or worse, used as mere polemic. If Mahatma Gandhi was the spiritual core of India's freedom struggle and Jawaharlal Nehru its romantic idealism, it was Sardar Patel who brought in the vital pragmatism which held together the national movement and the first ideas of independent India. A naturally stoic man, Patel, unlike Gandhi or Nehru, wrote no personal history. He famously argued that its was better to create history than write it. This is why even his deepest misgivings and quarrels have been easily buried. But every warning that Patel left for India - from the dangers of allowing groups to create private militias to his thoughtful criticism on India's approach to Kashmir, Pakistan and China - are all dangerously relevant today. It is impossible to read about Patel, who died in 1950, and not feel that had he lived on, India might have been a different country. It is also impossible to ignore Patel and understand not only what the idea of India is but also what it could have been, and might be in the future. The Man Who Saved India is a sweeping, magisterial retelling of Sardar Patel's story. With fiercely detailed and pugnacious anecdotes, multiple award-winning, best-selling writer Hindol Sengupta brings alive Patel's determined life of struggle and his furious commitment to keep India safe. This book brings alive all the arguments, quarrels and clashes between some of the most determined people in Indian history and their battle to carve out an independent nation. Through ravages of a failing body broken by decades of abuse in and outside prison, Patel stands out in this book as the man who, even on his death bed, worked to save India. Hindol Sengupta's The Man Who Saved India is destined to define Patel's legacy for future generations. 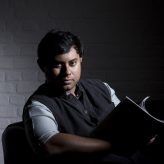 Hindol Sengupta
Hindol Sengupta is an award-winning author and has written eight books. He's been published in the United States, UK and India, among other countries. In 2018, he won the prestigious Wilbur Award instituted by The Religion Communicators Council of America for Being Hindu: Understanding a Peaceful Path in a Violent World, the first book on Hinduism to do so. He was also awarded the PSF Prize for public service in India in 2015. His book Recasting India: How Entrepreneurship is Revolutionizing the World's Largest Democracy was shortlisted in 2015 for the Hayek Prize given by the Manhattan Institute in memory of economist and Nobel laureate F.A. Hayek. Sengupta is a World Economic Forum Young Global leader and a Knight-Bagehot Fellow at Columbia University. He has been a journalist at the Indian editions of Fortune magazine, Bloomberg TV, CNBC and CNN. He is the founder of the global solutions journalism platform Grin.
View Profile
More by the author
Discover your next book
View More