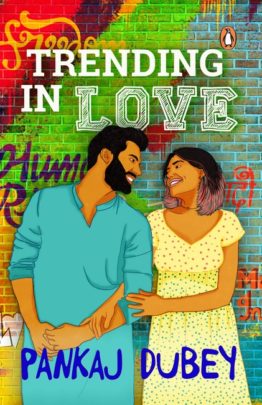 Sanam is a carefree, but headstrong young girl. A spat with a politician's son pushes her take up a big challenge-to become an IAS. At the same time, a small-town boy, Aamir, is nudged into studying for the civil services too. Their hard work pays off when both become rank holders.
And soon their lives come together at the IAS Training Academy, Mussoorie. Love blossoms, but when they decide to spend their lives together, all hell breaks loose. Their religious difference become a reason for clashes between the two communities, social media explodes and things take a dangerous turn.
It seems hate has triumphed over love. What will be Sanam and Aamir's fate?
A heady mix of dreams and desire, this is a story of undying love in the face of our society's most dangerous beliefs. 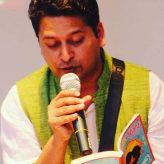 Pankaj Dubey
Pankaj Dubey is a bilingual novelist and film-maker. All his books, What A Loser!, Ishqiyapa- To Hell With Love, Love Curry and Trending In Love, published by Penguin Books, have been written by him in Hindi as well. He accentuates the socio-political undercurrents with quirk and humour in his style of writing. He has been a journalist with the BBC World Service in London. He was also selected for the prestigious Writers' Residency in the Seoul Art Space, Yeonhui, South Korea, among three novelists from Asia in 2016. He was also awarded 'Global Innoventure Award' for 'Literature and Storytelling' in the House of Lords, British Parliament, UK in 2018. Two of his novels, Trending In Love and Ishqiyapa, are set to appear in upcoming web series. He can be followed on @carryonpd . To know more about him, log on to www.pankajdubey.in
View Profile
More by the author
View More
Discover your next book
View More