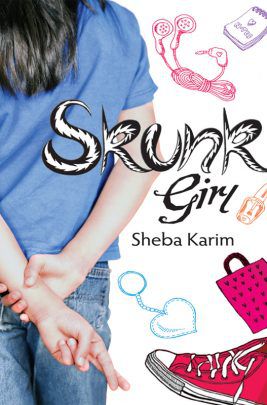 Ás soon as I make it home I run upstairs to my room and tear my clothes off. I twist my head to get a good view of my back. And that's when I see it. A wide line of soft, dark hair running from the nape of my neck down to the base of my spine. astripe right down teh centre fo my back, like a skunk. I'm not just hairy pakistani Muslim girl any more. I am a skunk girl.' Nina Khan is sixteen, and has a few problems at hand. she is the only south Asian student at Deer hook High; she doesn't care about pre-calculus, unlike her over-achieving older sister; she has a genetic disposition for excessive body hair; and if her parents had a whiff of her thoughts about Asher Richelli, the cute new Italian transfer student, she would be grounded forever. In this funny, wryly witty debut novel by Sheba Karim, Nina navigates her way through the first year of high school, dealing with friends who don't even need to wax, and who don't have a ghazal - listening fatehr waiting round the corner. She realizes that though balancing two cultures is never easy, with a little spunk and a lot of humour, one can always find a way. 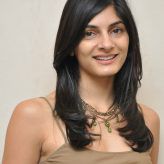 Sheba Karim
"Sheba Karim was born and raised in Catskill, NY. She is a graduate of the University of Pennsylvania and New York University School of Law. After practising law for a South Asian Battered Women’s Project, she earned an MFA in fiction from the Iowa Writers’ Workshop. Her fiction has appeared in 580 Split, Asia Literary Review, Barn Owl Review Desilit, EGO, Kartika Review and Shenandoah. Two of her short stories have been nominated for the Pushcart Prize that is an American literary prize by Pushcart Press. It honours the best poetry, short fiction and essays published in the small presses over the previous year. Sheba is currently based in New Delhi, India where she is working on her next novel."
View Profile
Discover your next book
View More