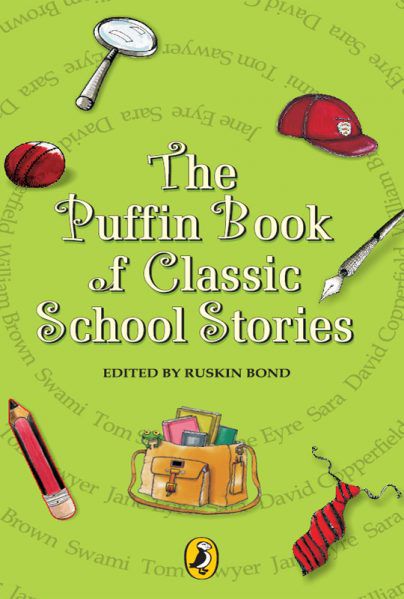 A collection of all-time favourite school stories Meet the world's naughtiest boys and girls, the best and the worst students and some really famous children in this book as they make their way through school. Read about David Copperfield and his friendship with Steerforth, Tom Brown trying to find his feet in Rugby school, and Jane Eyre fighting poverty and disease in a school for orphans. Not to forget those other irrepressible and immortal boys, Richmal Crompton's William Brown, Mark Twain's Tom Sawyer, RK Nararyan's Swami and Ruskin Bond's Rusty. Also included are stories from such classics as Anne of Avonlea, Little Men, Stalky and Co., and To Sir, With Love. By turns hilarious and heartwarming, these classic tales are about growing up and the time spent in that one place which is so beloved to some and so hated by others'school. 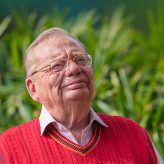 Born in Kasauli (Himachal Pradesh) in 1934, Ruskin Bond grew up in Jamnagar (Gujarat), Dehradun, New Delhi and Simla. His first novel, The Room on the Roof, written when he was seventeen, received the John Llewellyn Rhys Memorial Prize in 1957. Since then he has written over 500 short stories, essays and novellas (including Vagrants in the Valley and A Flight of Pigeons) and more than forty books for children. He received the Sahitya Akademi Award for English writing in India in 1993, the Padma Shri in 1999, and the Delhi government's Lifetime Achievement Award in 2012.
He lives in Landour, Mussoorie, with his extended family.