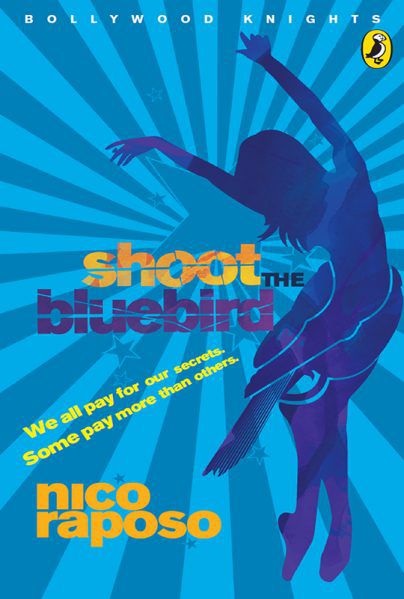 He was still a handsome devil. Handsome enough to win the love of one of the prettiest girls he'd ever met. He checked his reflection to see if the jewel case was visible. In the front hall, he turned the switch for the chandelier. He squinted in the harsh light reflected off the mirrors everywhere. 'Goodbye!' He called. There was no answer.A series of mysterious thefts, forbidden love and a tapestry of lies lead to the disappearance of the Bluebird diamond, one of Bollywood's great unsolved mysteries. Raj, Nagi and Madhuri round up the unusual suspects and help a faded heroine recover her brilliance. Set in the glimmering high life of backstage Bollywood, Mumbai's darkest secrets are laid bare after more than half a century. But the old adage proves true-be careful what you wish for, because you might just get it.Shoot the Bluebird, the fourth book featuring the teen detectives from Mumbai's dazzling film world, the Bollywood Knights, is a suspense thriller studded with lust, lost love and treachery that will keep you guessing until the final, thrilling climax. Nico Raposo is a writer who lives and works in New York's Hudson Valley. He comes from a long line of storytellers, musicians and entertainers whose family has called many countries home, from England to Turkey, India to Brazil. Nico grew up in New York City. He has written fifteen feature film screenplays, three books, seven plays and dozens of teleplays. He has been nominated for two Emmy Awards as well as for the Humanitas Award. Nico is a graduate of Harvard College. To learn more about him and his work, visit www.nicoraposo.com.