Duvvuri Subbarao served as governor of the Reserve Bank of India for five years (2008-13). Prior to that, he was finance secretary to the Government of India (2007-08), and secretary to the prime minister’s Economic Advisory Council (2005-07).
Topping the civil services examination in 1972, Subbarao joined the Indian Administrative Service. In a career spanning thirty-five years, he held various positions in the state Government of Andhra Pradesh and in the federal Government of India, and was actively involved in formulating and implementing economic and financial sector reforms at the national and subnational levels.
Subbarao is currently a Distinguished Visiting Fellow at the National University of Singapore where he spends six months of the year. 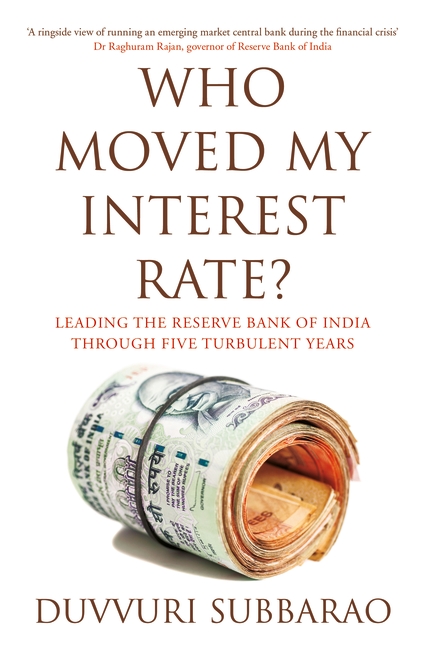 Who Moved My Interest Rate