Born in 1948 to a Brahmin father and a Shia Muslim mother, Mahesh Bhatt, in a career spanning almost four decades, has rewritten several rules and thereafter broken most of them. He began his journey in the film industry with Manzilein Aur Bhi Hain in 1973. He then broke new ground with Arth which received critical and commercial acclaim. He followed Arth with Saransh, Janam, Daddy, Sir, Tamanna and, finally, the National Award-winning Zakhm. Today he does not direct films but is still involved in the film industry and has written screenplays for movies such as Raaz, Jism, Murder, Zeher, Kalyug and Gangster. He has also directed several documentaries and has anchored and hosted for Sahara Television Haqueeqat, a show on human right violations, as well as Imaging Science, a show telecast on Doordarshan.
Mahesh Bhatt wrote U.G. Krishnamurti: A Life which has been translated into several languages. He contributes regularly to newspapers of national circulation in English (Times of India, Indian Express, Hindustan Times, Pioneer, The Hindu and others) as well as in Hindi (Dainik Jagran and Dainik Bhaskar). He also compiled, edited and wrote the foreword for a book of quotations of U.G. Krishnamurti called The Little Book of Questions. 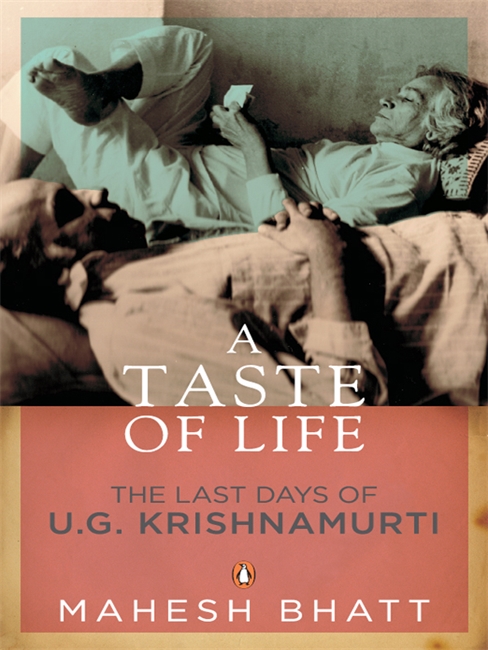 A Taste Of Life