Pooja Dhingra is the founder of Le 15 Patisserie and Studio Fifteen Culinary Centre in Mumbai. A graduate of Le Cordon Bleu, Paris, she brought a piece of that world to India through her delectable desserts and a beautiful café. She has been featured in national dailies and is a regular in fashion and lifestyle glossies not just for her abilities in the kitchen, but also as a dynamic businesswomen and inspiration to women – she was selected by Forbes India for their 30 under – 30enterpreneurs list . She has been voted a Rising Star by GC Watches and is featured in its global campaign. The menu at Le 15 Patisserie has been praised in several prestigious publications – Indian and international – while Bollywood stars,sportspeople, corporate czars and politicians are regular clients. She loves coffee, chocolate and sepiationed Instagrams, as much as coming up with new collaborations and business ideas to make Le 15 Patisserie a brand to reckon with. 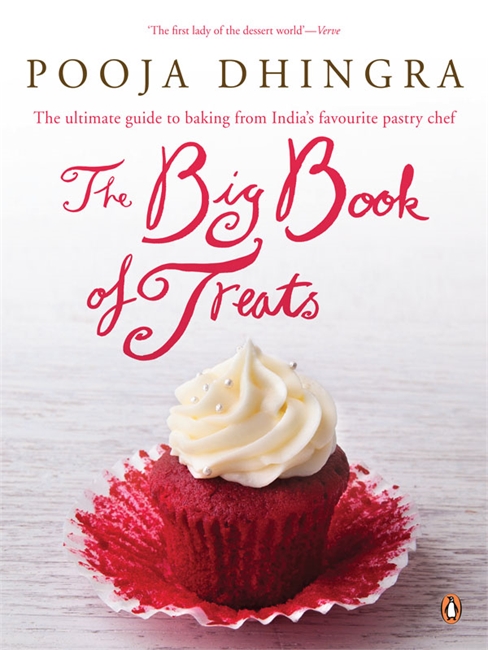 The Big Book Of Treats