Rahul Pandita is a journalist and an author based in Delhi. He is a 2015 Yale World Fellow. He has also authored the bestselling Hello, Bastar: The Untold Story of India’s Maoist Movement, and co-authored the critically-acclaimed The Absent State. He has extensively reported from war zones that include Iraq and Sri Lanka. In 2010, he received the International Red Cross award for conflict reporting.

He has been a speaker at international forums like the Carnegie Endowment Center, Stanford University, Brown University, State University of New York, Michigan University and the World Affairs Council. In 2014, he was a visiting fellow at the University of Pennsylvania’s Center for the Advanced Study of India.

Pandita’s last job was as editor (opinion and special stories) of the national English daily The Hindu.

Our Moon Has Blood Clots 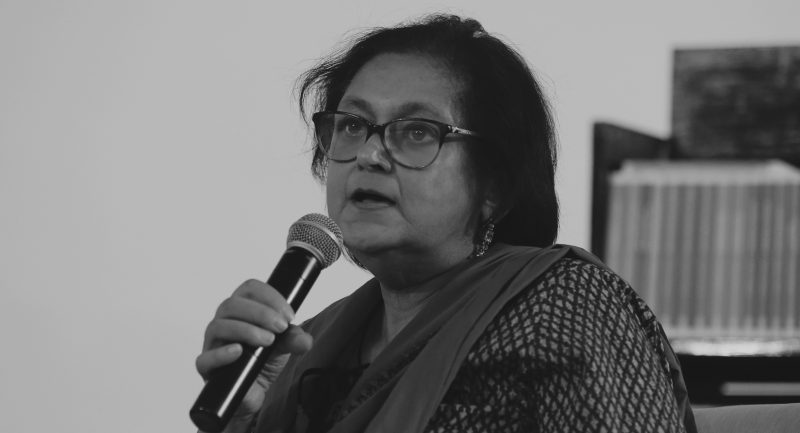 A Look Into the Works of Writer, Publisher and Festival Director, Namita Gokhale