Sonu Sood is an international film actor, producer, entrepreneur and social worker. He has won several awards for his work in films. He is also the recipient of the United Nations Development Programme’s SDG Action Award for his humanitarian work during the COVID-19 pandemic. The stories of his migrant rescue mission feature in school texts in Andhra Pradesh as lessons in ethics. A fitness enthusiast with exemplary people skills, Sonu is now a household name. He resides in Mumbai with his wife, Sonali, and their two sons, Eshaan and Ayaan.

Meena K. Iyer was the editor of Bombay Times, a film critic at the Times of India and edited DNA‘s After Hrs. She has been an active media professional for the last thirty-nine years. She co-authored Rishi Kapoor’s bestselling book, Khullam Khulla: Rishi Kapoor Uncensored. She resides in Mumbai and is currently heading a film company. 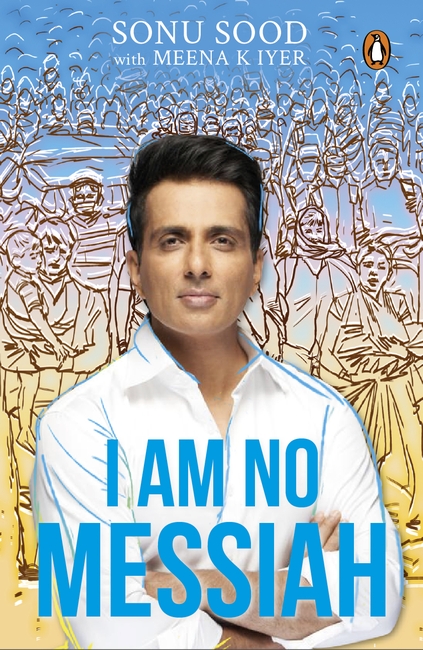 I Am No Messiah