Everything You Need to Know About Level 5 Leadership

A Level 5 leader—an individual who blends extreme personal humility with intense professional will.

IN 1971, A SEEMINGLY ordinary man named Darwin E. Smith was named chief executive of Kimberly-Clark, a stodgy old paper company whose stock had fallen 36% behind the general market during the previous 20 years. Smith, the company’s mild-mannered in-house lawyer, wasn’t so sure the board had made the right choice—a feeling that was reinforced when a Kimberly-Clark director pulled him aside and reminded him that he lacked some of the qualifications for the position. But CEO he was, and CEO he remained for 20 years.
What a 20 years it was. In that period, Smith created a stunning transformation at Kimberly-Clark, turning it into the leading consumer paper products company in the world. Under his stewardship, the company beat its rivals Scott Paper and Procter & Gamble. And in doing so, Kimberly-Clark generated cumulative stock returns that were 4.1 times greater than those of the general market, outperforming venerable companies such as Hewlett-Packard, 3M, CocaCola, and General Electric.
Smith’s turnaround of Kimberly-Clark is one the best examples in the twentieth century of a leader taking a company from merely good to truly great. And yet few people—even ardent students of business history—have heard of Darwin Smith. He probably would have liked it that way. Smith is a classic example of a Level 5 leader—an individual who blends extreme personal humility with intense professional will. According to our five-year research study, executives who possess this paradoxical combination of traits are catalysts for the statistically rare event of transforming a good company into a great one. (The research is described in the sidebar “One Question, Five Years, 11 Companies.”)
“Level 5” refers to the highest level in a hierarchy of executive capabilities that we identified during our research. Leaders at the other four levels in the hierarchy can produce high degrees of success but not enough to elevate companies from mediocrity to sustained excellence. (For more details about this concept, see the exhibit “The Level 5 Hierarchy.”) And while Level 5 leadership is not the only requirement for transforming a good company into a great one— other factors include getting the right people on the bus (and the wrong people off the bus) and creating a culture of discipline—our research shows it to be essential. Good-to-great transformations don’t happen without Level 5 leaders at the helm. They just don’t.
Not What You Would Expect
Our discovery of Level 5 leadership is counterintuitive. Indeed, it is countercultural. People generally assume that transforming companies from good to great requires larger-than-life leaders—big personalities like Lee Iacocca, Al Dunlap, Jack Welch, and Stanley Gault, who make headlines and become celebrities.
Compared with those CEOs, Darwin Smith seems to have come from Mars. Shy, unpretentious, even awkward, Smith shunned attention. When a journalist asked him to describe his management style, Smith just stared back at the scribe from the other side of his thick black-rimmed glasses. He was dressed unfashionably, like a farm boy wearing his first J.C. Penney suit. Finally, after a long and uncomfortable silence, he said, “Eccentric.” Needless to say, the Wall Street Journal did not publish a splashy feature on Darwin Smith.
But if you were to consider Smith soft or meek, you would be terribly mistaken. His lack of pretense was coupled with a fierce, even stoic, resolve toward life. Smith grew up on an Indiana farm and put himself through night school at Indiana University by working the day shift at International Harvester. One day, he lost a finger on the job. The story goes that he went to class that evening and returned to work the very next day. Eventually, this poor but determined Indiana farm boy earned admission to Harvard Law School.
He showed the same iron will when he was at the helm of Kimberly-Clark. Indeed, two months after Smith became CEO, doctors diagnosed him with nose and throat cancer and told him he had less than a year to live. He duly informed the board of his illness but said he had no plans to die anytime soon. Smith held to his demanding work schedule while commuting weekly from Wisconsin to Houston for radiation therapy. He lived 25 more years, 20 of them as CEO. Smith’s ferocious resolve was crucial to the rebuilding of Kimberly-Clark, especially when he made the most dramatic decision in the company’s history: selling the mills.
This is an excerpt from HBR’s 10 Must Reads (On Leadership). Get your copy here.
Credit: Abhishek Singh

How DMK changed the politics of Tamil Nadu under Annadurai 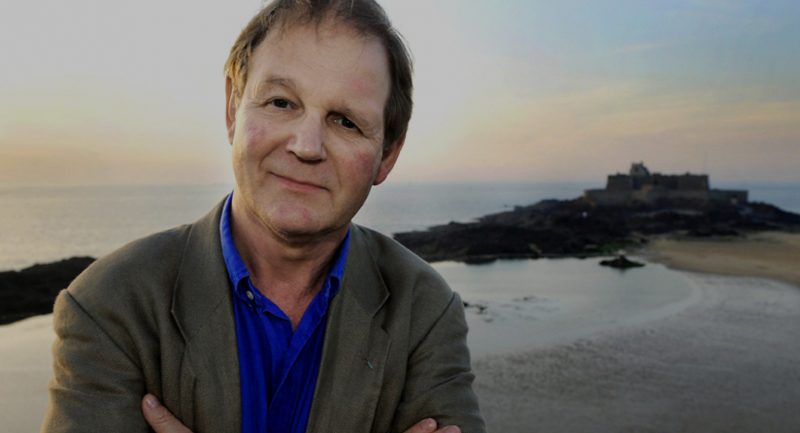 Did You Know These Facts About Writer Michael Morpurgo?

Shivaji and his Idea of Swaraj