‘I will tell the king there are no supermen in this village’: ‘The Magic Drum and Other Favourite Stories’ — An Excerpt

‘I will tell the king there are no supermen in this village’: ‘The Magic Drum and Other Favourite Stories’ — An Excerpt
We learned our first stories much before we learned to read. Our parents and grandparents sat us on their laps and took us to wondrous lands of kind kinds and clever, talking animals who taught a valuable lesson silently.
A brilliant collection of such beautiful, heartwarming stories by Sudha Murty that she grew up on as a child, ‘The Magic Drum and Other Favourite Stories’ is sure to take you down nostalgia lane and fascinate your child on a warm, lazy afternoon.

Here’s a snippet from the book about men from a small village who thought they could outsmart everyone else!

The Supermen
The men of Suvarnanagari were very lazy. They only liked to gossip and tell each other tall tales. As soon as the sun rose, the men would tuck into a hearty breakfast and start gathering in groups. Then they would spend the rest of the day telling each other impossible stories. They came back home only at lunch and dinner time.
Suvarnanagari had fertile land all around it, and if the men had spent even a little time in the fields, they would have reaped wonderful crops. But as they did nothing, all responsibilities ended up on the shoulders of the women, who had to slave the whole day. They cooked, cleaned, sent the children to school, worked in the fields, took the crops to the market—in short, they did everything. One day, the tired women got together and decided the men needed to be taught a lesson. Someone suggested writing to the king, who was known to be just and kind, about their problem. So a letter was written and sent off. The women went back to their work, but kept a sharp lookout to see if the king would send any help. But many days passed, and slowly the women began to lose hope. After all, why would the king of such a vast empire be concerned about the plight of a few women in a tiny village like theirs?
A month passed by and soon it was a full-moon night. The men ate their dinners and, because it was so beautiful and well-lit outside, they gathered again to chat and boast. That night, they were trying to prove to one another that they were capable of performing the most impossible tasks. As they sat talking, and the stories flew around, a tall and handsome stranger joined them. Seeing his noble features and intelligent eyes, each man wanted to prove himself better than the others and impress him.
One said, ‘I knew the map of our kingdom even before I left my mother’s womb. As soon as I was born, I ran to the capital and met the king. My mother had such trouble bringing me back home!’
Everyone was impressed with this story. But not to be outdone, a second man said, ‘So what is so great about that? When I was just a day old, I could ride a horse. I sat on a big horse and rode all the way to the king’s palace. He received me with a lot of love and we had the most delicious breakfast together.’ At the thought of food, everyone got dreamy-eyed and the story was greeted with a round of applause.
Now a third man said, ‘Huh! That’s nothing. I sat on an elephant when I was a week old and had lunch with the king in his palace.’
Before the admiring murmurs could die down, a fourth one said, ‘I was a month old when I flew like a bird and landed in the king’s garden. He picked me up lovingly and even let me sit with him on his throne.’
While everyone seemed to be awed by these stories, the stranger spoke up. ‘Do you four men know the king very well?’
‘Of course we do!’ they replied together. ‘Our king knows and loves us. In fact, he is proud to have supernatural beings like us in his kingdom.’
The stranger looked thoughtful. ‘That makes my task so much easier . . . You see, I work in the king’s court. Some time back, the king had called four supermen to the city in order to repair a large hole in the city walls. As you know, we use the largest, toughest stones for building these walls, and they could be lifted and put in place only by these supermen. The four asked to be paid in gold bars and the king gave them the money. But that night itself they disappeared from the palace. I have been wandering the kingdom ever since, looking for them. The king has ordered me to find the four men and bring them back to the capital to finish the work. They will also have to return the gold they ran away with. It looks like my search has finally ended. I will take you four to the king, along with the gold you stole from him . . . And I shall be the rich one now.’
By the time the stranger finished telling this amazing story, the men’s faces had turned ashen. What trouble had their lies landed them in? Together they dived at the stranger’s feet.
‘Save us!’ they wailed. ‘Those were all lies. We are just a bunch of lazy men. If you forget our stories, we promise to stop telling lies and do some honest work.’
The stranger smiled. ‘So be it. I will tell the king there are no supermen in this village. Only hardworking, ordinary men and women.’
That night itself he left the village, and the women were sure they saw a happy twinkle in his eyes as he rode away on a handsome, white horse, fit to belong to the king’s stables!
While you keep digging up more from your childhood’s collection, grab a copy of this fascinating book!
And while you’re at it, don’t forget to pre-order a copy of the master storyteller’s newest book soon to hit bookstores! 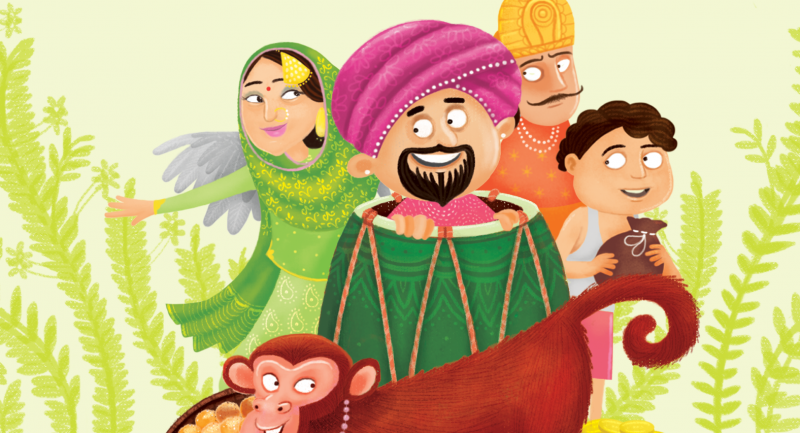 ‘I will tell the king there are no supermen in this village’: ‘The Magic Drum and Other Favourite Stories’ — An Excerpt 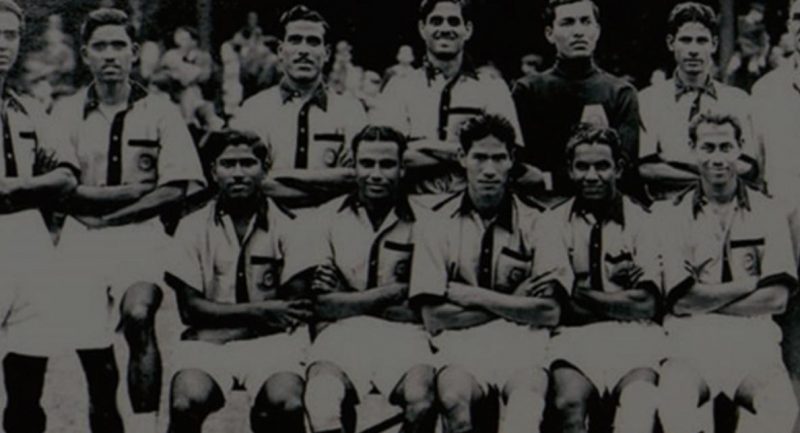 When India defeated the English in 1911, An Excerpt from ‘Barefoot to Boots’ 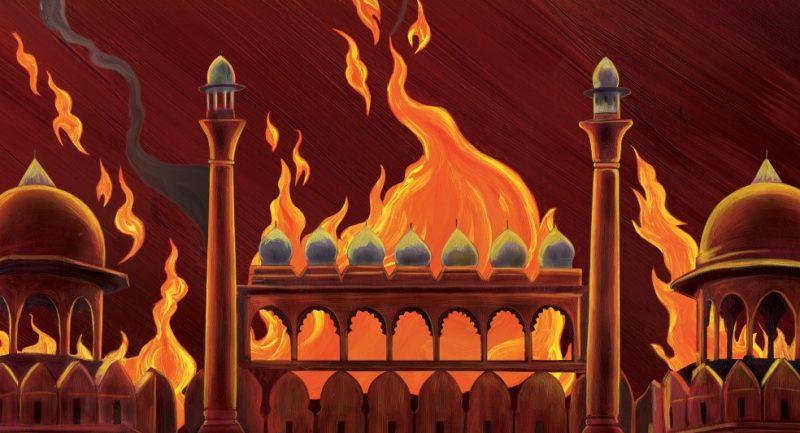 Demystifying the Revolt that Ignited India’s Freedom Struggle: 6 Important Points from the 1857 Petition