Jambavana- the wisest bear in the world!

In her latest book, Fantastic Creatures in Mythology, Bulbul Sharma brings to us multiple stories of never-heard-of creatures like Jambavana and Airvata or unknown dimensions of the ones we already know of, like Jatayu and Narasimha.

Here is an excerpt from the book telling the story of Jambavana, the wisest bear in the world!

‘When anyone asked Jambavana, the noble king of bears, his age, he would shut his eyes and think. He would smile and then continue, ‘Let’s see . . . I was present when Vamana, one of Lord Vishnu’s avatars, took three rounds of the three worlds in just three giant steps. Ah! I have even seen the golden glory of the blue-skinned Lord Krishna and heard him play his magical flute. Now that I am old, I wait here in this quiet, lonely place to serve Lord Rama.’

Jambavana was blessed from the day he was born, when Lord Brahma had yawned one morning and from his breath, this mighty bear had been created. When the king of bears was young, he was said to have had the strength of ten thousand lions. He was the strongest bear of all. In fact, he had made rounds of the earth at lightning speed several times. But now, hundreds of centuries had passed, and all the great bear did was live quietly in the forest and think about all the wonderful things he had seen in his long, long life.

One day, he looked far out to the seashore and noticed that all the monkeys and bears were running about, making a lot of noise. He knew why they were so agitated. The king of monkeys, Sugriva, in whose army Jambavana once served as a general, had told him that Rama, the prince of Ayodhya, was here looking for his wife, Sita.

Sugriva explained that the demon king of Lanka had kidnapped her and taken her away in his golden chariot. They had heard that she was somewhere in Lanka, but no one really knew where exactly she was being held prisoner. Sugriva had promised Rama that his entire army of monkeys and bears would help him rescue Sita. With folded hands, Hanuman, the cleverest and bravest of all the monkeys, sat at Rama’s feet. He was so keen to serve Lord Rama, but did not know what to do. Everyone gazed at the vast ocean that lay between

them and Ravana’s kingdom. Who could possibly cross this turbulent ocean? Which of them was strong enough to leap hundreds of feet through the air?

The waters were rough; the waves rose as tall as mountains and crashed down with a thunderous, deafening sound. Everyone gathered there knew that rakshasis guarded this ocean, and so, no one had been able to muster the courage to cross it until now. As the monkeys racked their brains, their leader Angada asked, ‘Which one of you brave monkeys will leap across the ocean, find Sita and bring her back?’ At first, there was complete silence and the monkey army did not even move. Then a few well-built monkeys stepped forward. They bowed their heads and one of them said, ‘We can jump very high, sir, and even though we are not really sure if we can cross this ocean, we are willing to try. We do not mind dying in the attempt. We want to serve Lord Rama and be loyal soldiers to our noble king.’ Meanwhile, Hanuman stood back quietly, looking out at the ocean. All he could see was an endless expanse of water and no land beyond it. Lanka seemed

like a dream! How could any ordinary monkey cross this ocean? It was an impossible task.

Whoever tried to leap across would just drown and never be found again. Hanuman sighed. His eyes filled with tears as he whispered to himself, ‘If only I could do something

to help rescue Ma Sita.’ All of a sudden, the noble king of bears, Jambavana, appeared and stood next to him. ‘Why do you stand here alone, Hanuman, with such sadness in your eyes?’ he asked in his deep voice. ‘I want to cross this ocean and find Ma Sita.

I want to serve my Lord Rama, but I don’t know how to. How can one leap across these unsafe waters? Look at those monstrous waves rising and falling like mad elephants on the run. How will I get across this cruel sea? Nobody can.’ Hanuman sighed, his eyes full

Jambavana turned and looked at Hanuman. He took a deep breath, patted his back and said, ‘Listen to me, my son. Listen to me very carefully. I have lived a long life and I have seen things that you are not even aware of. Today, I am going to tell you something important.’ Hanuman lifted his head and looked at Jambavana.

With a solemn expression, the old bear said, ‘Hanuman, you are not aware of your great strength because of a curse cast upon you by an angry sage many years ago, when you were young. This curse made you forget everything. ‘You know that your mother, Anjana, was an apsara from the heavens, and your father, Vayu, was the god of wind. But have you forgotten that as a child you stole the very sun because you thought it was a ripe red fruit and you wanted to taste it?’ Jambavana’s eyes crinkled as he smiled.

He continued, ‘Do you know the great Lord Indra threw his thunderbolt at you, but your father saved you? Furious at Indra, he stopped the winds from blowing. Soon, every living creature on Earth gasped for breath, and finally, when Indra asked Vayu for forgiveness, he blessed you with eternal life. Brahma gave you a boon too and made you invincible. With Varuna’s blessing, water cannot harm you. With Agni’s boon, fi re cannot burn you. And your father, Vayu, made you faster than the wind!’

Hanuman looked at the wise bear with astonished eyes.

Jambavana slowly nodded and patted Hanuman. ‘Look within your heart, son of Vayu, and you will find that you are not an ordinary monkey but a unique creature with more strength, wisdom and courage than anyone of your kind. I am as old as the ancient hills and I have seen a number of great warriors, but you, Hanuman, will be the greatest

As Hanuman heard the old bear speak, something stirred his mind, something he had long forgotten. Jambavana’s words were like magic, and they seemed to take him to a faraway place where he was once a monkey with amazing power and strength. Hanuman could feel himself changing! Fresh blood raced in his veins and his eyes sparkled with a new-found energy. He could feel his arms and legs becoming stronger.’

What do you think happens next in this story? Was Hanuman able to cross the waters and get to Lanka?

Read more of such interesting stories in Bulbul Sharma’s Fantastical Creatures of Mythology. 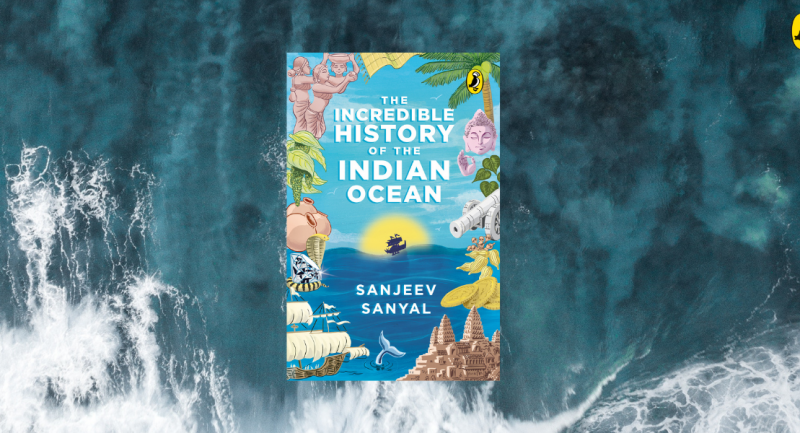 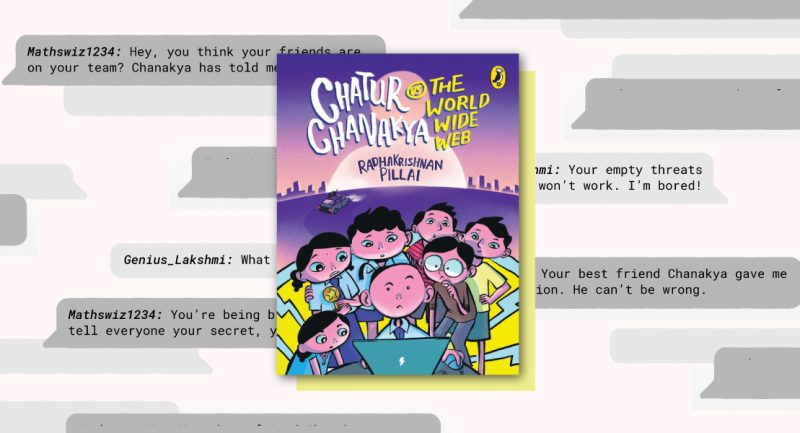 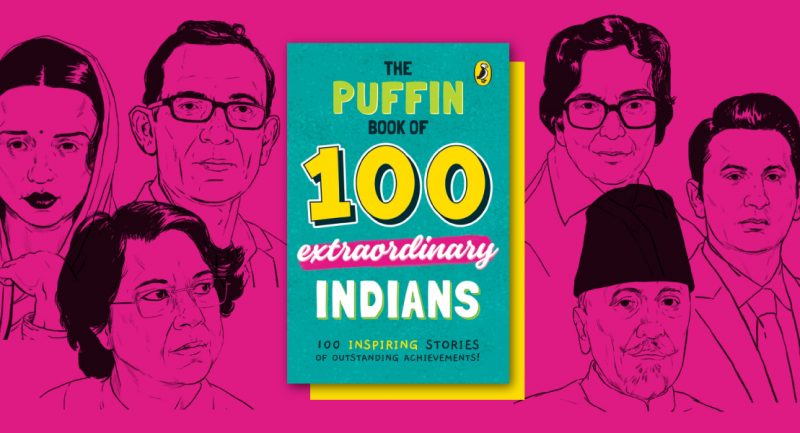 Celebrating India One Story At A Time