Karma Tandin is a Monster Hunter.

All his life, Karma has defended his village from monsters and creatures and forces of Darkness. He’s not the bravest or the smartest kid, but he always tries to do what’s right. When one of his classmates shows up to school as a Zombie, Karma knows that he must stop him. After all, no one else can. But is this Zombie really bad? Is he dangerous, or is he just under the thrall of some horrible spell? Karma and his friends must work together to solve this mystery, discover the magical secrets of their town, and hope they find the answers before they too become victims of the undead.

Last month, I defeated a shark monster. The week after, I was attacked by possessed trees. The week after that, I may have gotten into a very short, very embarrassing fist-fight with a vampire potato (don’t ask).

I’m a twelve-year-old monster hunter. It sounds cool, but it’s a lot of work.

See, my whole life has been a never-ending series of monster attacks. I live in a tiny valley in Bhutan, so I really shouldn’t have a monster problem. I should just hang out, practise some archery with my friends, and maybe do some chores. You know, normal stuff.

Instead, I’m constantly looking for horrible creatures. For some reason, I’m like a monster magnet. They find me. I fight them. I usually win, but sometimes I get hurt. Well, usually I get hurt. My arm is still sore from that potato attack (again, don’t ask).

It’s not the perfect situation. My mom is always freaking out, and my grades aren’t great. But I kind of like it, too. I like saving people. If I’m the only person who can protect my classmates from vegetables with teeth, then why not? It’s my duty.

I just wish that I could have a more normal life, sometimes. I wish I could have a monster-free holiday somewhere nice and boring. Like the dentist’s office. Last month, I’d stopped a shark monster from eating my classmates. She was the school librarian. She even wore a fake human head on top of her shark head. I’d scared her off thanks to my bravery (and dumb luck), but not before she (I think) ate one of my classmates.

His name was Tenzin, and he was the school bully. I didn’t like him too much, but that didn’t mean he deserved to get eaten. It was awful. Now, things were finally getting back to normal. I felt good. Spring was coming fast, the weather was warming up, and I hadn’t seen any monsters in days. Everything felt nice and safe and dentist-office boring.

As always, I walked to school with my best friend Chimmi. Our school was on the side of a mountain, so we took the shortcut—the hidden trail along the edge of a stream. It had some nice views of Jakar Town below.

I guess I didn’t squeeze my face tight enough.

‘No,’ I lied. ‘I was thinking about . . . mummies.’ Out of all the monsters I’ve had to fight, I’d never encountered any mummies.

Give it time, though.

‘Dawa? What do you mean? Is she okay? I haven’t seen her?’ I said in one breath. For a moment, I was worried that she’d been captured by a troll and no one had bothered to tell me.

Dawa was my other best friend. She was the coolest kid in school, and I really, really liked her. She didn’t like it when I fought monsters, because she didn’t want to see me get hurt. During times like these—normal, boring times—she was always really happy.

I thought about Dawa a lot. Chimmi elbowed me in the side. ‘Stop thinking about her,’ he said. ‘I’m not!’ I said. ‘You’re dumb,’ he said. This was a typical Chimmi/ Karma conversation. I couldn’t help but smile, not because my friend called me dumb (I’m not), but because I wasn’t worried about anything. After all the craziness of the last month, I wasn’t thinking about shark monsters or vampires or any of that. I was thinking about school, and friends, and maybe-kinda-sorta having a crush.

It was all so normal. And I needed that. I needed normal. Of course, that happy-normal feeling lasted for about ten seconds before I saw a green-skinned zombie limping toward us.

Get your copy of Karma Meets A Zombie here 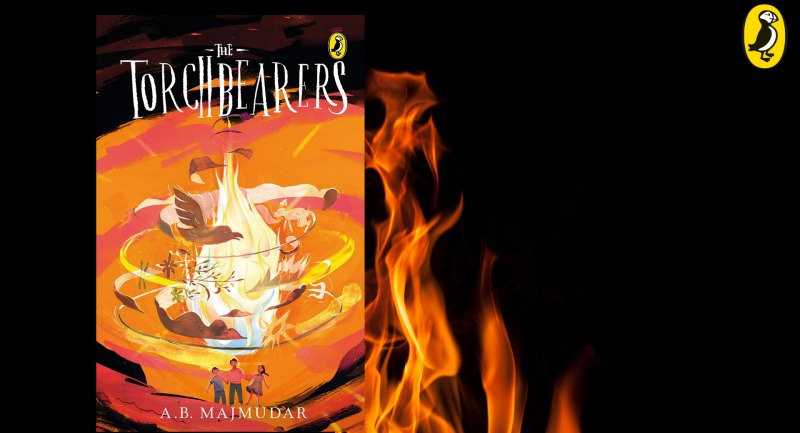 Meet Prem, an eleven-year old Torchbearer with an imagination! 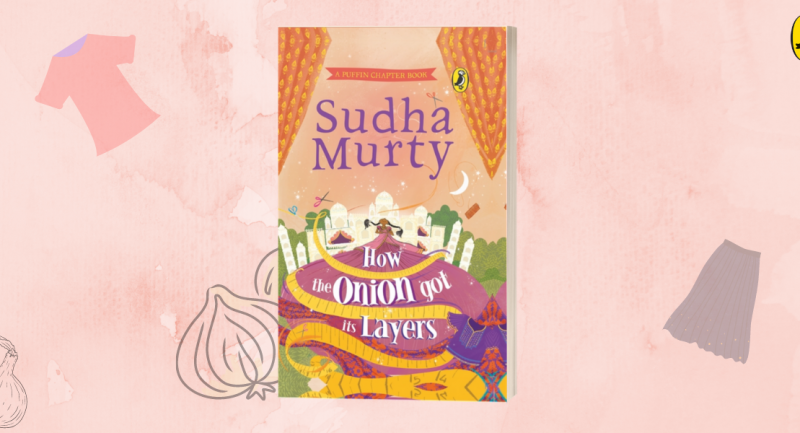 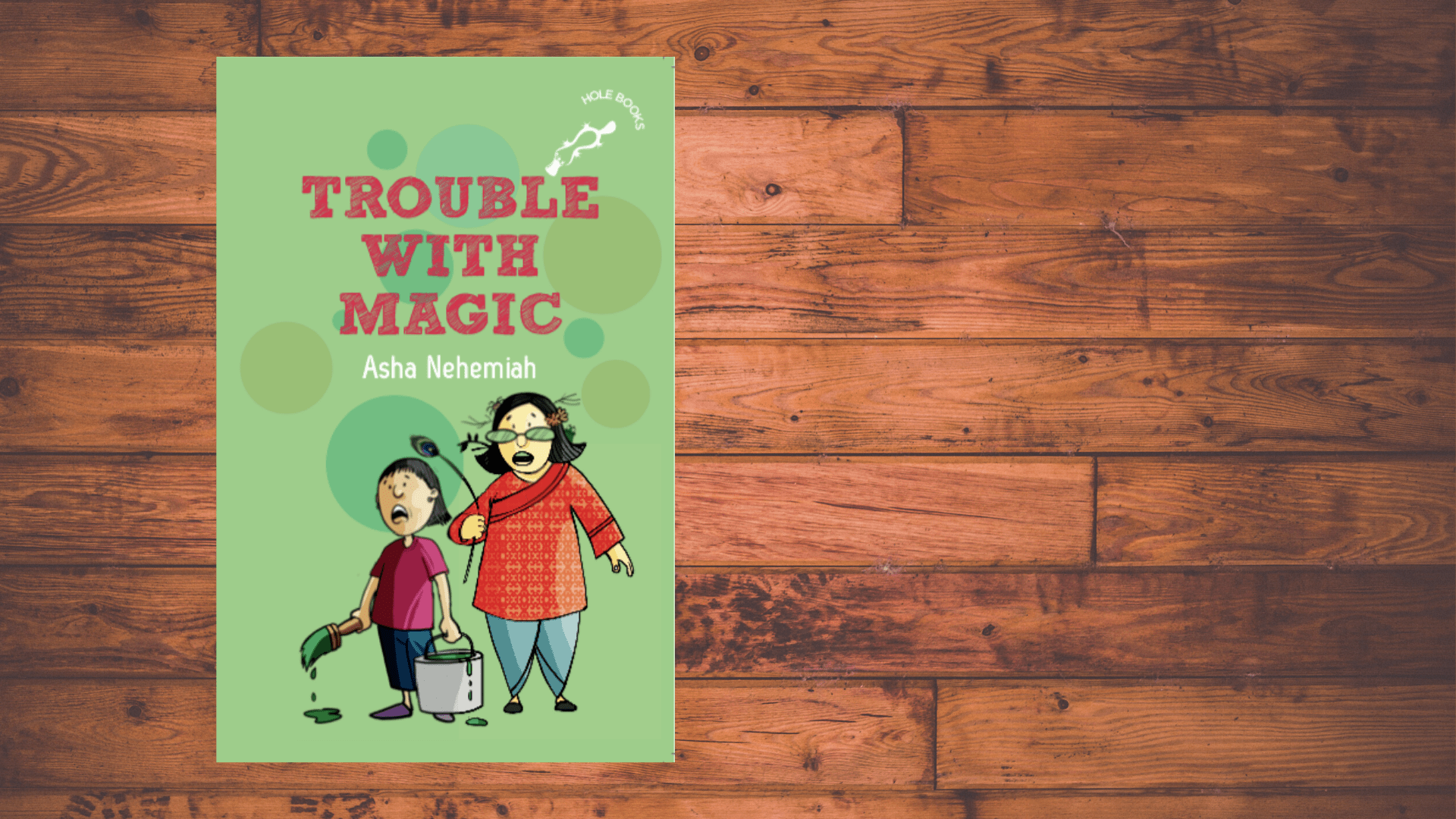 Veena’s disastrous ‘new ideas’ and why you must always refuse!