Meet the firecracker protagonist of ‘You Are Here’

When it first came out in 2008, Meenakshi Reddy Madhavan’s You Are Here was a game changer: unexpectedly candid, surprisingly wise, audaciously explicit.It introduced us to Arshi, a bold and irresistible new voice.
Here are a few things to know about Arshi, the protagonist of the book:

“Every time I’ve visited their place, Barbara has appeared (in a sari sometimes, if she could contrive it) with a puja thali to do an aarti before I enter.”

Her job in a PR company is shit

“ One time,my boss, Shruti the Horrible, sent me to Janpath to pop in and out of the silver jewellery shops they have there with the list of journos who were invited to some pub inauguration to, get this, buy fifty-four one-of-kind silver earrings for women… Yes,ladies and gentlemen, this, this jewellery choosing, was my job description.”

She has a cool mom

“It wasn’t easy at all, being my mother’s daughter…She was too popular and the kids she taught (Class 9 and up) adored her… She wasn’t the kind of teacher who’d hover around if you wanted to escape somewhere with your best friend and talk for a couple of hours, or even if you wanted a moment alone with your boyfriend.”

Her ex- boyfriend is a lying-cheating-bastard

“We had been seeing each other for exactly a year and a week when he zoomed off to Manali with some colleagues, one of whom happened to be a pretty young thing who was also his work buddy…I guess they were pretty bonded. Evidently they got even more ‘bonded’ in Manali.”

Topsy, her flatmate and best friend, lives a double life

“But if you see Topsy around her parents, you’ll never think she’s the same girl who lives with me. She pulls out all the salwar-kameezes her mother bought for her to wear to college…and speaks in very soft polite tones in a mix of Hindi and English.I don’t know how she grew up the way she did, but she says it was boarding school and the Internet that changed the way she looked at things.”

She wished she had a normal childhood

“ I wanted to be like the ‘normals’ because it seemed like such a safe way to be. In my eyes their lives were superior in every way to the one my family lived.”

This 10th anniversary edition of You Are Here is a reminder of how much, and how little, has changed in the life of a single woman in India. AVAILABLE NOW

An Excerpt from Lee Child's "Past Tense"

12 things you didn’t know about Vivekananda 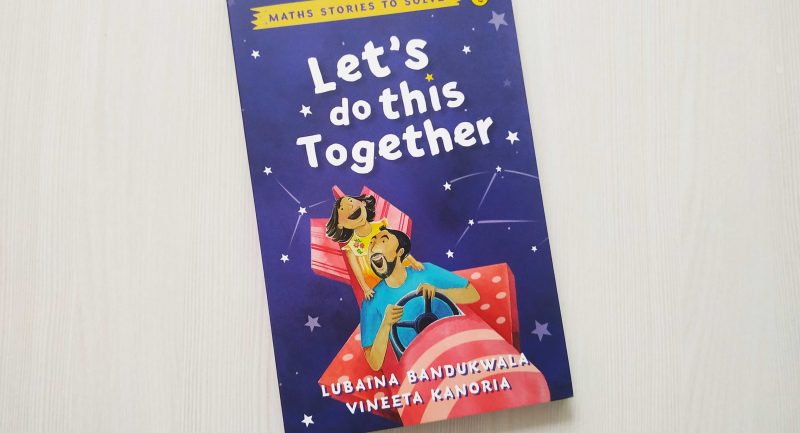