China Room by 2015 Booker Prize nominee Sunjeev Sahota has received widespread global attention as one of the biggest and most ambitious books to look out for this year, and Penguin Random House India is proud to announce its publication in May 2021. It will be simultaneously published by Penguin Random House in the UK and in North America. 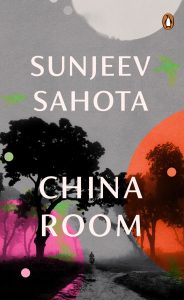 Inspired in part by the author’s own family history, China Room is a riveting novel about two characters separated by more than half a century but united by blood.

Mehar, a young bride in rural Punjab of 1929, is trying to discover the identity of her new husband. Married to three brothers in a single ceremony, she and her now-sisters spend their days hard at work in the family’s ‘china room’, sequestered from contact with the men—except when their domineering mother-in-law, Mai, summons them to a darkened chamber at night. Curious and strong-willed, Mehar tries to piece together what Mai doesn’t want her to know. From beneath her veil, she studies the sounds of the men’s voices and the calluses on their fingers as she serves them tea. Soon, she glimpses something that seems to confirm which of the brothers is her husband. A series of events is set in motion, which will put more than one life at risk. As the early stirrings of the Indian independence movement rise around her, Mehar must weigh her own desires against the reality—and danger—of her situation.

Spiralling around Mehar’s story is that of a young man who arrives at his uncle’s house in Punjab in the summer of 1999, hoping to shake off an addiction that has held him in its grip for more than two years. Growing up in small-town England as the son of an immigrant shopkeeper, his experiences of racism, violence and estrangement from the culture of his birth lead him to seek a dangerous form of escape. As he rides out his withdrawal at his family’s ancestral home—an abandoned farmstead, its china room mysteriously locked and barred—he begins to knit himself back together, gathering strength for the journey home.

At once sweeping and intimate, lush and propulsive, China Room is a stunning achievement from a contemporary master.

Author Sunjeev Sahota says, ‘I’m delighted that my novel China Room, set largely in Punjab, is with Penguin Random House India, who have already shown such commitment to the book and to me. I’m very much enjoying working with Tarini and the team.’

Sunjeev Sahota is the author of Ours Are the Streets and The Year of the Runaways, which was shortlisted for the Man Booker Prize and the Dylan Thomas Prize, and was awarded a European Union Prize for Literature. In 2013, he was named one of Granta’s twenty ‘Best of Young British Novelists’ of the decade.

Commenting on the book, Meru Gokhale, Publisher, Penguin Press, Penguin Random House India, says, ‘China Room is one of those books that stays with you long after you’ve put it down. Set in rural Punjab, spanning across generations, this story is full of moments of pain that are carefully layered within the plot—the pain of what it was like to be a woman in the 1920s, forbidden to love, and the pain of a young man today who has lost his identity. Sunjeev Sahota is one of the most gifted fiction writers I have read, and we are so delighted to be publishing him.’