In this book about the launch of a rocket from Thumba, Menaka Raman’s story and characters are sure to tap on the creative nerves of young kids. The first time when Mary heard that a rocket will be a launched from Thumba, her excitement knew no bounds. She was bitten by an inquisitive bug and had a list of questions to find the answers of. She waited and hoped to see the rocket go up in Space every day.

Here’s an extract for those who, like Mary, are eager to know about India’s first ever rocket launch.

Every morning, a rickety old bus would arrive in Thumba from Trivandrum and drop off a group of men.

Everyone would come out of their homes and shops, wondering what was inside the many boxes the men carried into the church, watching them as they cycled from here to there or walked together in pairs.

Mary watched too, but her friends at school did not care.

‘So what?’ said George Thomas.

‘I can launch a rocket all by myself!’ boasted Chacko.

‘Why does Dr Sarabhai need so many people to launch just one rocket then?’ Mary wondered.

One day, Mary and her amma were on their way to the market when she saw a car pulling up outside the church. She caught sight of a tall man unfolding himself from the back seat, and knew immediately who it was.

Mary ran right up to him once again.

‘Dr Sarabhai! When is the rocket going to be ready? Why is it taking so long? My friend Chacko can launch a rocket all by himself. Why do you need so many people?’

‘Mary, you remind me of myself when I was your age. Always asking questions! Let me try and answer yours.’

It’s taking time because India’s friends from around the world are sending us things we need for the rocket launch. We have to wait for them to arrive and only then can we start to put things together. And I need the help of hundreds and hundreds of hands and minds to do it.

The National Aeronautics and Space Administration (NASA) of the United States is sending us a NIKE APACHE ROCKET. They are also training our scientists at their centres in America.

Days, weeks and months came and went. Mary turned ten. Ouso made her ayala fry, Amma stitched her a new dress and her brother gifted her his old bicycle.

Some days, Mary would cycle by the church to see if she could catch sight of the rocket.

But there was no rocket.

Mary studied hard for her exams, praying they would not launch the rocket while she was writing her maths paper. 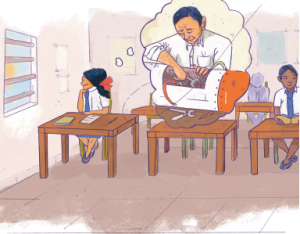 She spent the summer holidays learning swimming in the lazy blue sea.

But her friends at school were not.

Sometimes, Mary wished she was one of the pigeons that sat on the rafters high up on the ceiling of the church so that she could see what was happening inside. 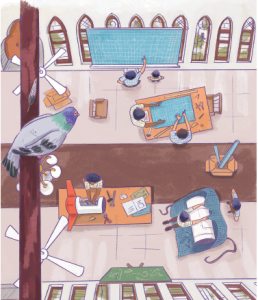 By now, Mary knew some of the serious men who worked in the church. She knew where they were from and what they ate for breakfast. She discovered they were not so serious after all. And since Dr Sarabhai wasn’t always there to answer her questions, she had started asking them instead.

Mary: What are the parts of a rocket?

Scientist 1: A rocket has four main parts: the nose cone, fins, rocket body and engine. The nose cone carries the main cargo or payload of the rocket. 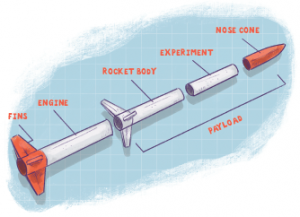 Mary: How do you launch a rocket?

Scientist 2: Rockets burn fuel in the engine and this creates exhaust. The hot exhaust comes out very fast in one direction pushing the rocket in the opposite direction! WHOOSH!

To know the answers to Mary’s numerous questions about Space and rockets, read Topi Rockets from Thumba. 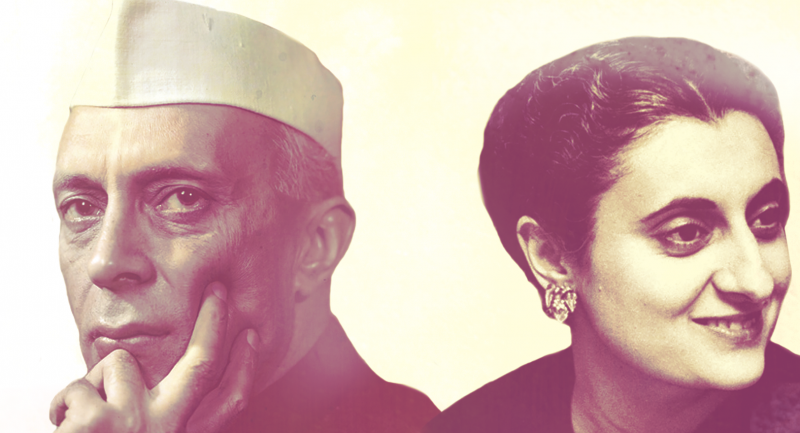 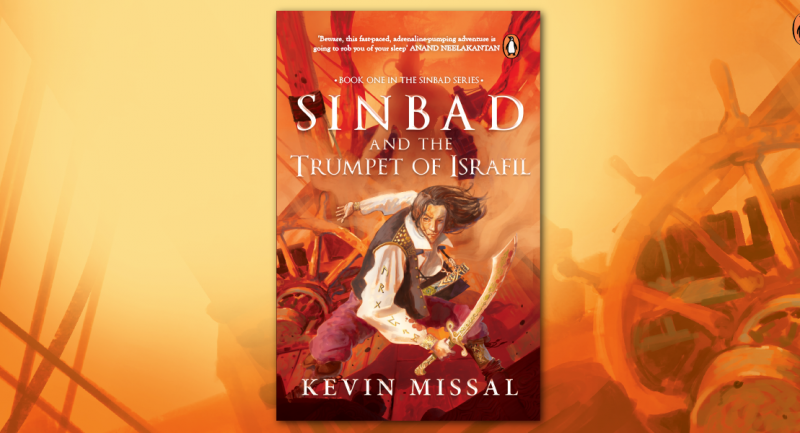 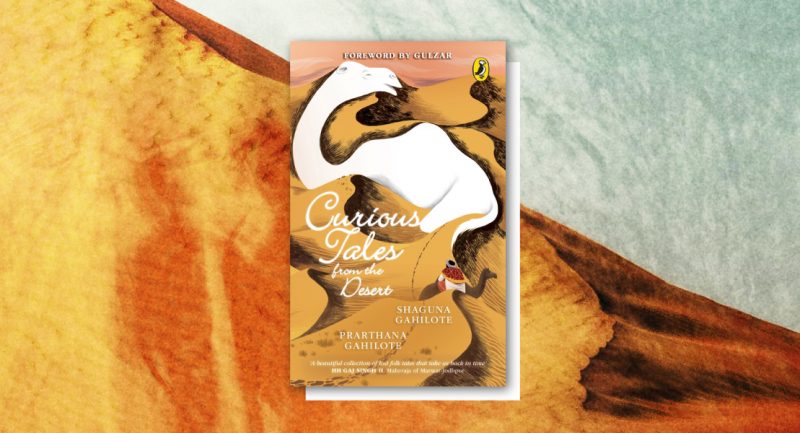 A curious excerpt from curious tales of the desert