Another month has rolled around and we hope that like us, the young minds are excited for some new stories!

Our list for this month will make them champions of mythology, nature, mindfulness and even of the Indian Ocean!

Time to flip through!

Incredible History of the Indian Ocean

When did the first humans arrive in India and how did they get here? What are Roman artefacts from hundreds of years ago doing in a town near Puducherry? How did merchants from Arabia end up near Kochi?

Read on to learn about the fearless travellers and sailors, pirates and conquerors who set out to cross the ocean in search of gold and glory!

The Very, Extremely, Most Naughty Asura Tales For Kids!

Aren’t we chubby, aren’t we cute?

Aren’t we lovely, as sweet as fruit?

Give us a bear hug, give us a kiss

Regret not later for giving it a miss.

The practice of mindfulness at any age can have profound effect on your life. So why not get your young one to start early? In this fast-paced world, with so many distractions, it is important to stay grounded and not lose sight of what’s important. Being mindful brings clarity, mental strength, focus and inner peace.

With this calming read-along book, parents and guardians can help their children work through fun exercises-a great way to spend quality family time!

10 Indian Champions Who Are Trying To Save The Planet

This book tells the stories of ten Indian conservationists working in diverse ways to save the world from human destructiveness, often facing seemingly insurmountable odds.

Get the young readers to learn about the inspiring lives of people who are striving to solve the most pressing problems on this planet—from climate change to habitat degradation, from food insecurity to species loss.

This is the story of a tiger.

Once a helpless ball of fur, Genghis emerges as a mighty predator, the king of the forest. But the jungle isn’t just his kingdom. Soon, Genghis finds himself fighting for his skin against equally powerful predators of a different kind–humans.

The very same ones that Vikram and Aditya get embroiled with when they attempt to lay their hands on a diary that belongs to a ruthless tiger poacher.

Prithvimahadevi is the daughter of the powerful Somavamshi king of Kosala. Her life is circumscribed by the rules that govern the existence of women of her royal family.

She is married to her father’s enemy, the Bhaumakara ruler, Shubhakaradeva, who worships strange gods. There seems to be some hope for her to fulfil her dreams of becoming a great queen…But is she willing to play the game of sacrifice and betrayal that this will entail? 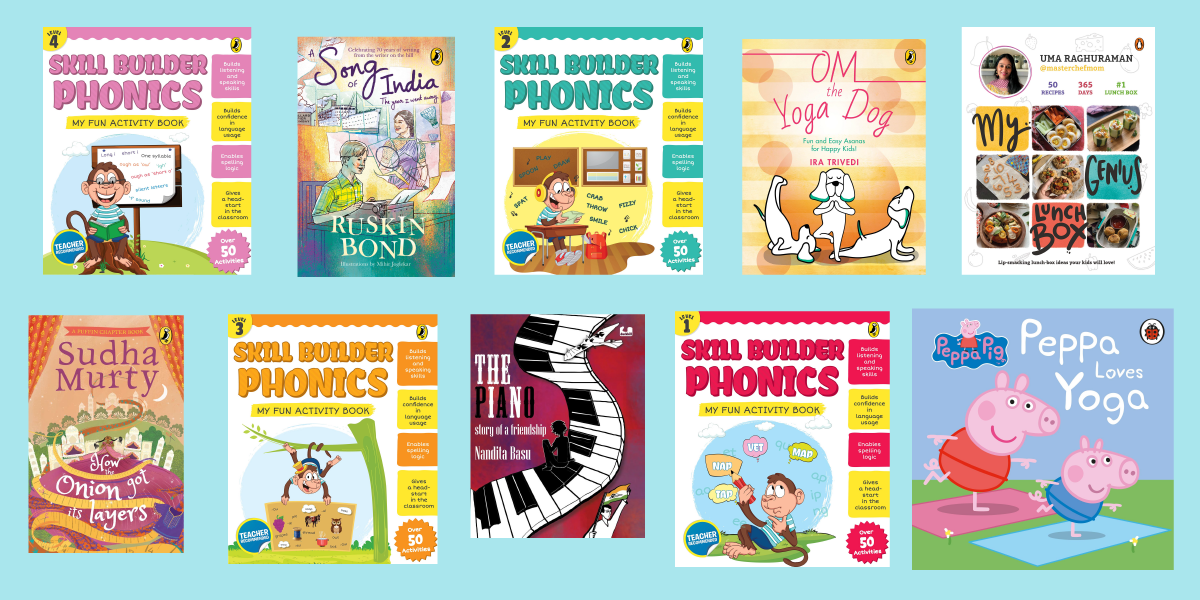 What’s the best way to keep your child entertained and busy this July? Summer plans might have got cancelled, but you can still send your child on an adventure! Choose from this list of books from authors like Sudha Murty, Ruskin Bond, Ira Trivedi and many more.

How the Onion Got Its Layers

Have you noticed how the onion has so many layers? And have you seen your mother’s eyes water when she cuts an onion? Here is a remarkable story to tell you why.
India’s favourite storyteller brings alive this timeless tale with her inimitable wit and simplicity. Dotted with charming illustrations, this gorgeous chapter book is the ideal introduction for beginners to the world of Sudha Murty.

Written by Uma Raghuraman-a masterchef of a mom, a super popular food blogger and Instagrammer-My Genius Lunch Box is every parent’s go-to book for fifty fun, nutritious and simple vegetarian recipes that can be made on a school day.

Featuring stunning photographs styled and shot by the author herself, this book is divided into six sections: one for each weekday and a bonus section that includes recipes for bite-sized snacks!

This is the story of a friendship between a young girl and her piano. The piano was made many decades before the girl was born. And it travelled from leipzig, Germany, through war-torn France and England come to Calcutta during the independence struggle. Finally the girl and the piano found one another, until circumstances separated them… This is a story of love and loss, of unexpected bonds and loneliness, and above all, it is a celebration of the power of music. 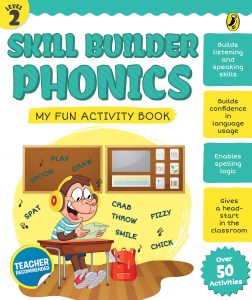 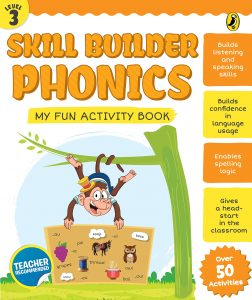 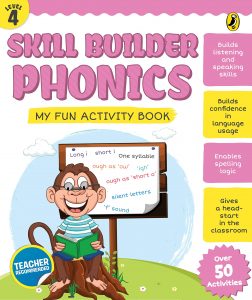 These books contain simple and easy-to-do activities, crosswords and puzzles to help young learners hone their reading, writing, vocabulary and spelling skills through play. By engaging in fun and challenging tasks, your child will learn and master language concepts that are also applicable in a wide range of everyday contexts. The series is suitable for children
aged 6+ (Level 1) to 9+ (Level 4).

Sixteen-year-old Ruskin, after having finally finished his school, is living with his stepfather and mother at the Old Station Canteen in Dehradun. Struggling to begin his writing journey, he tries to make a passage to England to chase his true calling. But as he prepares for his long voyage, the prospect of saying goodbye to the warm, sunny shores of India looms large.

It is a very busy day at Peppa and George’s playgroup, but they have a very special visitor coming in the afternoon. Miss rabbit is going to teach the children how to calm down and relax with yoga. The children love learning all the different positions… And the parents love picking up their calm children! 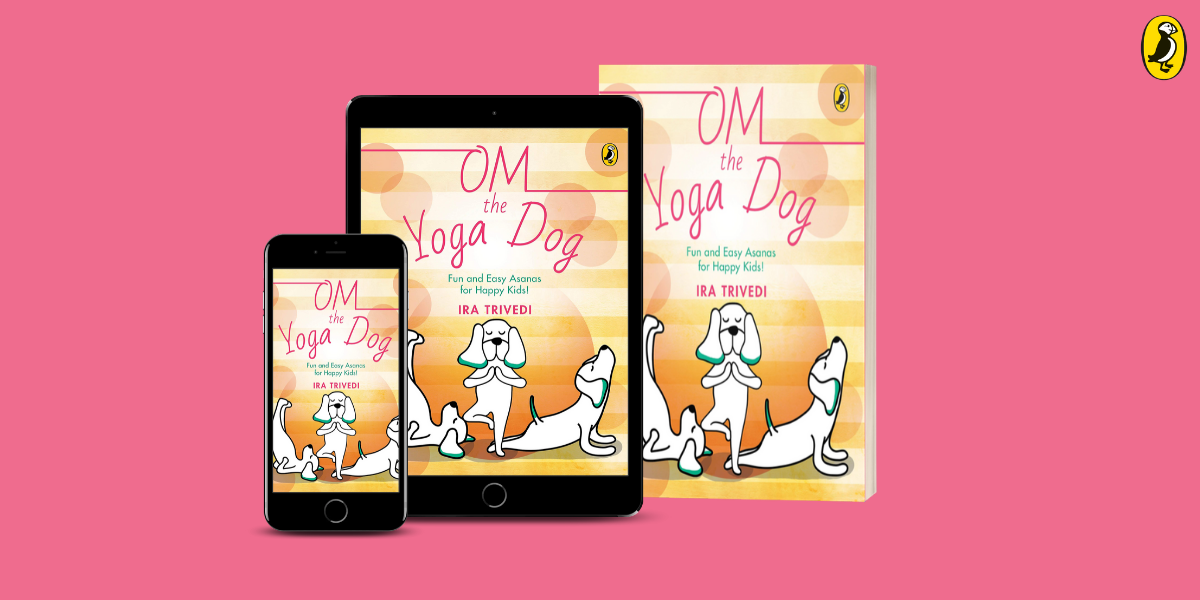 We know it’s tough times – and especially when you have active and excitable kids at home.

Anxieties are running high, and the young ones are no different. But we have for you a trick that has proven to work for years – yoga!

Say hello to Om, our favourite yoga dog, who knows how to mix up fun and yoga for your kids to relax and go to bed happy and content.

Here are 5 asanas recommended by Om for your kids to try while staying at home:

How many times have the kids been hit by hunger pangs? Food takes care of their tummies, sure, but make sure to balance out the tummy-care with this super fun asana! 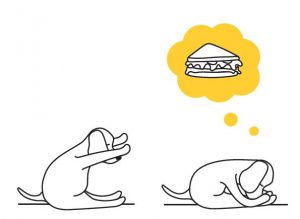 Who doesn’t like to dance? Amp up yoga for the kids with this asana! 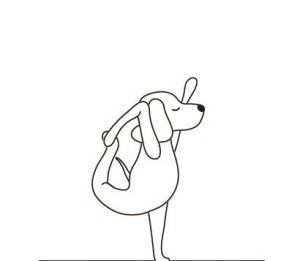 This one is perfect for all the little warriors, fighters, boxers, and wrestlers in your house. 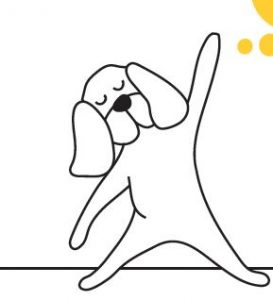 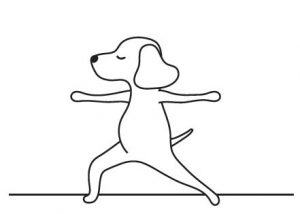 Do your kids have a booming roar? For all the tigers and lions in the house – try this one out! 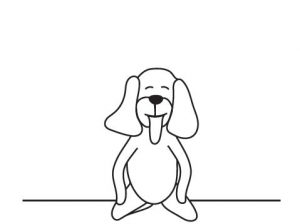 This one is the trickiest of the lot. Surprised? Well, we suggest being extra careful that they don’t fall asleep – perhaps make it a challenge? 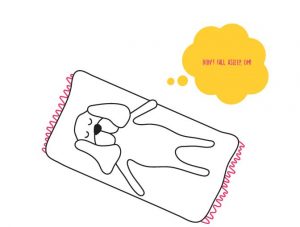 Here’s to some fun and relaxing times with your kids and your family during quarantine. Om the Yoga Dog wishes you safety and wellbeing!

It’s that time of the year!
10 years since the first JLF, the Festival has grown into the world’s largest free event of its kind. Having hosted 1300 speakers and welcomed nearly 1.2 million book lovers, its success has been astonishing and heartwarming.
Some of the biggest Penguin authors have rocked the stage at JLF and this year promises to be even better. From commercial superstars to critical bigwigs, this year we are getting the crème de la crème from our author roster.
Here are a few of the sessions you’ll not want to miss at the Festival.
Gulzar
Gulzar and Pavan K. Varma in conversation

People usually run out of superlatives when talking about the evergreen Gulzar. One of the greatest artists to ever grace the JLF, Gulzar Sahib’s session, along with Pavan K. Varma, will be on his latest work – Suspected Poems. You’ll not want to miss his musings on poetry, literature and the state of the world.
Tabish Khair
Manju Kapur and Tabish Khair in conversation with Ashok Ferrey

Currently teaching English at Aarhus University in Denmark, Tabish Khair was born and educated in Bihar. At the session, the former journalist will be talking to Ashok Ferrey about the context and inspiration for his works. He will also talk about his book Jihadi Jane, a powerful novel about two Muslim girls who decide to join ISIS.
You can also catch him at the Festival along with Saeed Naqvi, Qaisra Shahraz, Sadia Dehlvi and Ornit Shani as they talk of the conflicts and polarities of being an Indian Muslim in an increasingly divided world.
Ashok Ferrey
Ashok Ferrey, Kyoko Yoshida and Marina Perezagua in conversation with Sunil Sethi

Ashok Ferrey will be in conversation with Sunil Sethi on the pursuit of fiction that involves a leap of faith between material and literary reality. He will be joined by other notable contemporary writers as they also discuss how writers enter and access fictional journey. The bestselling Sri Lankan author will also explore the devil within as he discusses his latest book The Ceaseless Chatter of Demons.
From talking about the thin red line between a person’s beliefs and politics with Tabish Khair to joining Ashwin Sanghi on his talk about the art of writing thrillers, Ashok Ferrey will also be at various other sessions with other authors.
Ravinder Singh
Ira Trivedi and Ravinder Singh in conversation with Lucy Beresford

Romantic fiction reaches out across time and history to every successive generation with tales of love. The King of Romance, Ravinder Singh’s session is about love in contemporary India. The author who is known for writing from the heart, about the heart will speak about the psychology and the changing mores of love in our times.
Devdutt Pattanaik
Devdutt Pattanaik introduced by Amrita Tripathi

Ancient Greece and India have both bequeathed a lasting body of myth to the world. In his latest work Olympus, Devdutt Pattanaik attempts to understand how an Indian reader raised on a steady diet of local myths and legends might respond to classical Greek mythology. By reversing the gaze, he explores the fascinating connections between these stories and sagas. At the Festival, Pattanaik will talk about both the mythologies and their lasting legacy.
Devdutt Pattanaik will have two more sessions at JLF – on the history and legacy of the Vedas and on his book The Girl Who Chose.
Arshia Sattar
Arshia Sattar and Volga in conversation with Vayu Naidu

A symbol of chastity and loyalty, the goddess Sita has evolved into a feminist icon for her silent strength and endurance. In her session, Arshia Sattar will talk about her highly acclaimed translation of the ‘Uttara Kanda’. She will talk about the sacrifice, choice and the complex moral universe of the Ramayana.
Arshia Sattar will also be in various other sessions at the Festival discussing atheism in the ancient world to understanding the brilliant A.K. Ramanujan.

The themes of equity and democracy run through the Festival’s veins bringing humanitarians, historians, politicians, business leaders, sports people and entertainers together on stage. Access to these renowned thinkers along with some of the finest writers in the world provides a potentially life-changing opportunity to visitors.
We hope to see you at Jaipur!