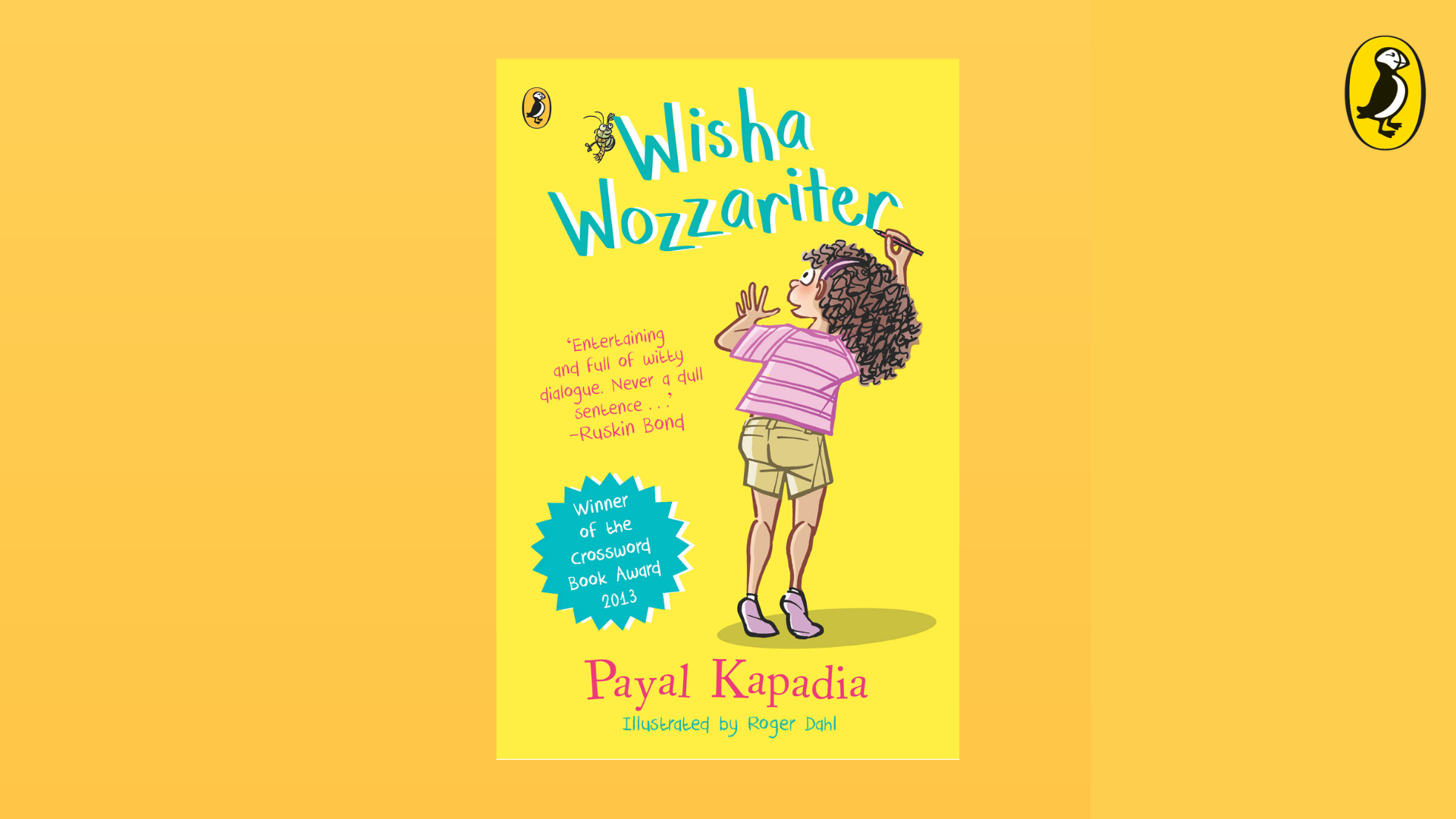 After every good book she reads, ten-year-old Wisha Wozzariter gets sad. She wished she had written that book instead! She wishes, more than anything else in the world, that she were a writer! One day, she meets a Bookworm, and takes many a wild ride on the Thought Express!

Here is an excerpt from that incident from Payal Kadadia’s book, Wisha Wozzariter!

Wisha hated bad books, but she hated one thing even more: good ones. Good books always left her feeling she could do better if she were to write a book of her own. She’d put down a good book, sighing, ‘Now that’s a book I could have written.’

On her tenth birthday, Wisha read Roald Dahl’s Charlie and the Chocolate Factory. She hated it more than anything. There was no reason something this good should not have been written by her. She got to the last word on the last page, then sighed, ‘Now that’s a book I could have written!’

‘Who are you?’ asked Wisha, startled.

‘Why, a Bookworm, who else?’ said the worm, sounding surprised. ‘I’ve heard you say the same thing after every good book. So why don’t you?’

‘Write a book, write a book,’ said the Bookworm in a sing-song voice, wriggling his way out on to the cover.

‘I wish I was a writer,’ sighed Wisha.

‘Well, you are Wisha Wozzariter,’ said the Bookworm.

‘At the beginning, of course,’ said the Bookworm, rolling his eyes. ‘Got some time?’

‘Yee-es. Why, what do you suggest?’ asked Wisha.

‘A trip to the Marketplace of Ideas,’ said the Bookworm. ‘My treat.’

Wisha jumped up. ‘Sounds more exciting than wishing all day! How do we get there?’

‘Close your eyes and hold my hand tight,’ said the Bookworm. ‘We’re catching the Thought Express.’

‘When does it come in?’ asked Wisha.
‘Don’t know. Are your thoughts always on time?’ ‘Not really.’
‘Well, then, we might have a little wait ahead of

us,’ said the Bookworm. ‘It would help if you were to say your name to yourself a few times.’

The Thought Express was a little slow and a little late, but it came in, sure enough. And when it left for the Marketplace of Ideas, Wisha and the Bookworm were on it.

How do the two get along, and what adventures do they find themselves on? Read more about the book here to find out!