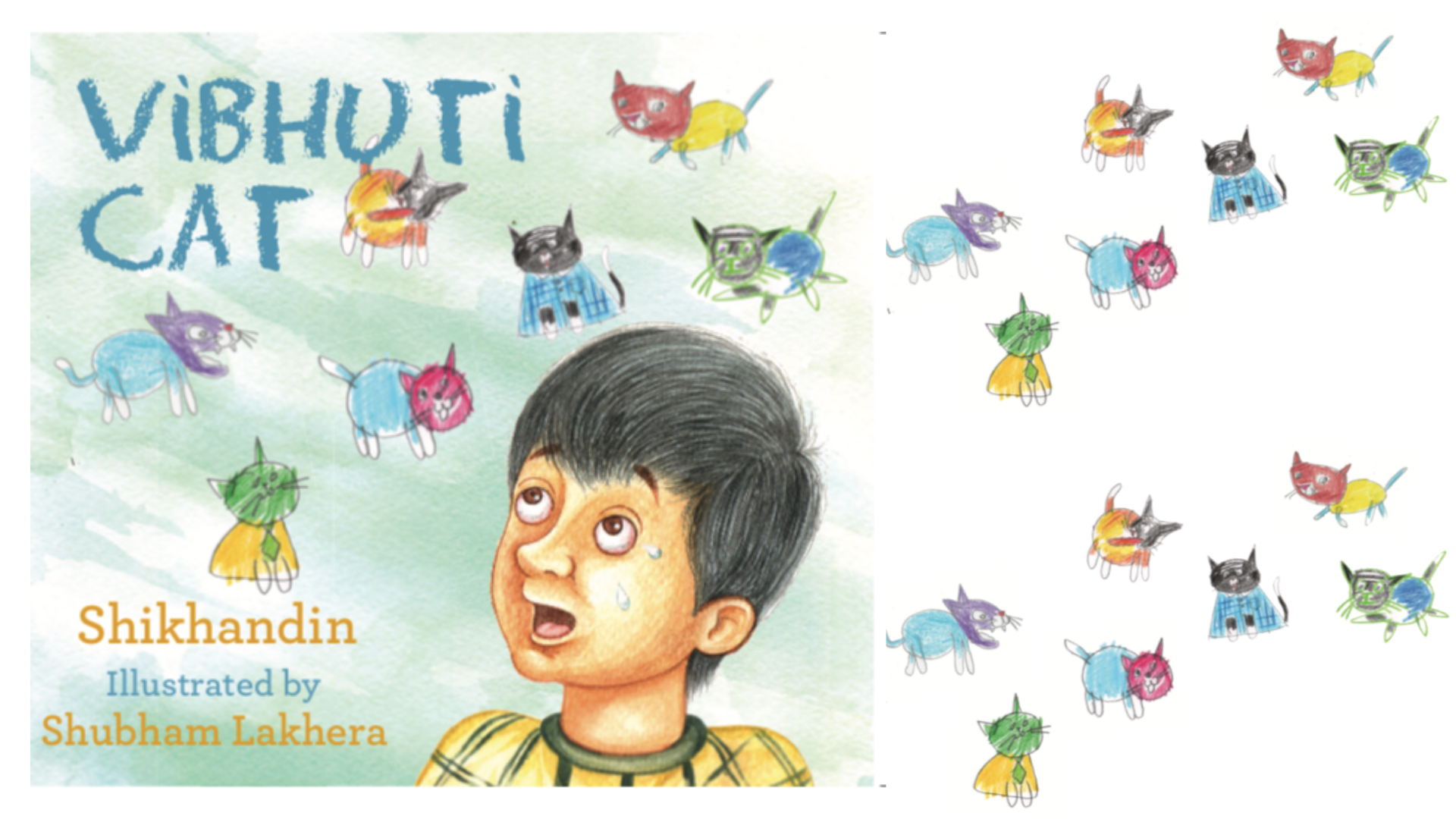 Magesh is different from other children. He’s no good with words. And when he’s misunderstood he gets upset and his movements get jerky. But there are two things he loves: playing with his brother Vignesh, and his Vibhuti Cat. But what will happen when Magesh starts going to school? Will he take Vibhuti cat along?

Here is an excerpt from Vibhuti Cat, by Shikhandin where we get to know Magesh a little better!

Magesh ran to the washing machine and banged the lid. Paati, who was dozing on her armchair, woke up with a start. Magesh grinned. He banged the lid again.

Magesh cocked his head, eyes bright. He ran on tippy toes to get his colour pencils and drawing book. He flopped down on the floor to draw, but kept looking at the door. Anna would be home soon.

Anna was Vignesh. He was two years older, and studied in Class Four. Every day after school, he would first finish his homework and then do what Magesh waited all day for —play with him!

Magesh spoke very little—one or two words, never whole sentences. Appa, Amma, Paati and Vignesh understood him. But their friends and neighbours and relatives did not. Sometimes, they even got upset with Magesh.

When that happened, Mageshˇs hands and legs moved even more jerkily. At times, he banged things over and over again. Amma and Appa always picked him up to calm him. But Vignesh knew a word that could always make Magesh happy again: Cat!

Magesh loved cats. He could stay still for hours looking at cats, their pictures and videos. He loved to draw cats, all kinds of cats. He drew other things too—starry skies, birds, the sun and moon, grass, trees and rain. But he mostly drew cats. And his favourite was Vibhuti Cat.

To read the story, get your copy of the book here!